In Uyo, the capital of Akwa Ibom State, the Peoples Democratic Party (PDP) will launch its 2023 presidential campaign on Monday.

The PDP is making every effort to win back the presidency in the general elections of 2023 after losing it to the All Progressives Congress (APC) in 2015.

PDP has made every effort to make sure that its campaign will allow them to win the next general elections.

In an effort to seize control of the government, the main opposition party established a Presidential Campaign Council under the direction of Aminu Tambuwal, governor of Sokoto State, and Udom Emmanuel, governor of Akwa Ibom State.

However, stakeholders in the PDP are concerned that the internal conflict inside the party may undermine their efforts to defeat other political parties in 2023.

Some participants thought the situation may hinder the PDP’s capacity to run an effective campaign in some states across the nation.

According to a PDP secretariat source who talked with The Sun, the party is concerned about internal strife as the 2023 election season gets underway.

However, we cannot afford to have a split house going into the election.

The PDP has been attempting over the past few months to highlight the distinctions between Nyesom Wike, the governor of Rivers State, and Atiku, the party’s presidential candidate.

As part of the conflict, Governor Wike’s camp has demanded that Iyorchia Ayu, the party’s national chairman, be replaced in exchange for its support of Atiku in 2023. 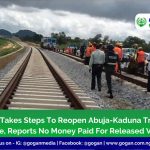