The Rivers State Governor, Nyesom Wike, has insisted that the national chairman of the Peoples Democratic Party, Dr. Iyorcha Ayu, can’t lead the state to campaign for the 2023 elections.

Wike spoke at the 2022 Rivers State PDP campaign flag-off and unveiling of the party’s governorship candidate, Sim Fubara, at the Adokiye Amiesimaka Stadium in Port Harcourt on Saturday.

The governor said the people of Rivers State are hurt because of the injustice being meted out to the state.

“I repeat it: Ayu is very corrupt. “A man who is corrupt cannot lead me or my state to campaign,” Wike stated. 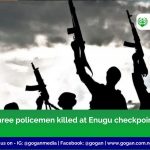