We have no plans to impeach El-Rufai – Kaduna Speaker

Ibrahim Danfulani, the Speaker’s spokesman, urged the public to ignore such information in a statement yesterday.

He promised a comprehensive investigation into the source of the information in order to hold those responsible accountable and deter future crimes.

“The Kaduna State House of Assembly Speaker’s attention has been called to claims that are making the rounds on social media about alleged impeachment attempts against Governor El-Rufai due to corruption charges. 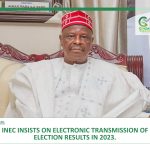 Six people killed when Kwankwaso is in NasarawaAugust 22, 2022
Army Set To Investigate Arrest of ‘Two Soldiers’ Over Murder Of Islamic ClericAugust 22, 2022 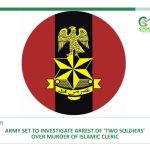 SANs and professors to represent ASUU in industrial court