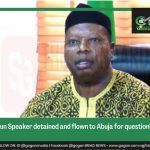 Ogun Speaker detained and flown to Abuja for questioningSeptember 1, 2022
Buhari informs APC governors that he won't meddle or support intimidation in 2023September 1, 2022 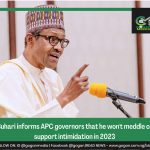