The Federal Government has said that foreign non-governmental organizations, banks, financial technology firms, and point-of-sale terminal operators have been linked to terrorism financing in the country.

It identified the affected NGOs to include those operating in terror-prone areas and engaged in humanitarian activities, service provision, and faith-based activities.

These were contained in the 2022 National Inherent Risk Assessment of Terrorism Financing in Nigeria report. The report assessed the level of terrorism financing risks the nation was exposed to.

According to the report, investigations by security agencies have revealed constant interactions between the use of cash by terrorist actors and financial institutions, bureaus de change, fintech firms, and designated non-financial businesses and professions.

Following the outbreak of insurgency in the North-East, many foreign non-profit organizations commenced operations in the country, but the assessment report said many of them had been indicted for terrorism.

The assessment, obtained by our correspondent on Monday, relied on data from intelligence, security, and law enforcement agencies, the Central Bank of Nigeria, the Department of State Services, the Economic and Financial Crimes Commission, the Nigeria Financial Intelligence Unit, and various regulatory and supervisory agencies.

It said investigations indicated that current account products associated with BDCs and NGOs’ corporate customers were observed to be connected with terrorism financing activities.

The government observed that the abuse of the nation’s financial system includes the movement of large sums of cash in high-risk locations, the use of illegal forex dealers to perform currency exchange, and the use of multiple vendors by NGOs.

Overall, the report concluded that the inherent TF risk of NGOs in Nigeria is rated as high.

The assessment stated, “The findings of this report indicate that TF in Nigeria is generally associated with the use of cash.” This notwithstanding, field information flowing from law enforcement investigations as well as financial data have revealed constant interactions between the use of cash by terrorist actors and financial institutions, bureau de change, fintech firms, and designated non-financial businesses and professions.

The inherent vulnerabilities of each sector were assessed by the extent to which products and services offered are found in domestic investigations, or STRs, in relation to TF. Current account products used by corporate clients of Bureau de Change and NPOs/NGOs have been seen to be connected to TF activities.

The use of bank accounts in the movement of TF funds has featured prominently in both intelligence and investigations related to TF.

“Financial data have also shown that the illegal currency exchangers comingle transactions in their personal accounts as well as entity accounts held and controlled by them with that of their BDC activities.’’

In a particular investigation, the FG disclosed that almost all the individuals profiled on suspicion of having links to TF maintained at least one bank account.

The report further affirmed that the number of individuals engaged in illegal currency exchange business is very high, as revealed by a recent TF investigation involving a large number of exchangers.

This, it said, has been brought to the attention of regulators and law enforcement agencies, adding that “transactions through agent banking products, mainly point-of-sale payments and ATM payments, have also been linked to TF.”

The government noted that a larger percentage of transactions linked to terrorist financing were initially carried out in cash, which was sourced from both legitimate and illegitimate activities.

Investigations by security agencies had also indicted 19 firms linked with illegal money exchangers considered to be connected to terrorism financing.

Though the government has strengthened the legal system with the enactment of the Terrorism (Prevention and Prohibition) Act, 2022, which expanded the terrorism-financing offenses and included a framework to implement targeted financing sanctions against TF, the NIRA report admitted that terrorists regularly adapt how and where they raise and move funds and other assets to circumvent safeguards that jurisdictions have put in place to detect and disrupt their activity.

It explained that an understanding of TF risk would inform national counterterrorist financing strategies and assist in the effective implementation of a risk-based approach toward CFT measures.

In a bid to deepen financial inclusion, the report observed that the last two years had witnessed a tremendous increase in money transfers involving the use of POS linked to fintech firms, noting that the rising volume of transactions, however, raises concerns about the purpose of the cash transfer.

‘’For instance, in 2021, Nigeria recorded a total POS transaction of N6.43 trillion. These POS machines are issued by deposit money banks and Fintech firms. However, the narration of the transactions is obscure, which raises concerns. Fintech POS conceals the identity of the sender of the funds at the recipient point, thereby posing vulnerability. More so, investigations have revealed that the POS operators have been used by kidnappers and their associates to move ransom collected from relatives of victims.

“In Nigeria, the banking sector, virtual asset service providers, designated non-financial businesses and professions, other financial institutions, insurance, NPOs, and capital market sectors are the sectors that were assessed as being particularly vulnerable to TF,” the study further stated, stressing that the cross-border nature of TF can pose additional challenges for the identification of risk.

Apart from ransoms, the report noted that terrorist groups derived funds from the sale of arms, donations from sympathizers, the trade in dried fish, proceeds from seized farms and livestock, as well as human and drug trafficking, including the sale of tramadol.

It further noted, “For instance, two arrested Boko Haram kingpins who headed the tramadol trafficking ring had frequented the Zinder market in the Niger Republic for their nefarious activities.” They specifically trafficked tramadol from Lagos, Nigeria, to Libya, where they exchanged their drug consignment for weapons.

“The estimated annual revenue for the group during the period of the report cannot be ascertained due to insufficient data.” However, from the records of law enforcement agencies, ransom payments to Boko Haram and its affiliates in the North-West by victims of kidnappings were estimated at about $19 million within the reviewing period (2019–2021).

The NIRA report also said law enforcement sources showed that an estimate of N91m was raised by a few communities in one state in the North-West and presented to a terrorist group as protection fees in the last quarter of 2021 alone.

Between 2019 and 2021, another law enforcement source documented ransom payments, including levies and taxes imposed on communities totaling N364 million.

In 2019, the NFIU was said to have received a suspicious transaction report involving an NGO that paid a total sum of N166m to a vendor company and its director.

The report added, “In a period of one and a half years, the company received total inflows of $99 million from five different NGOs operating in the North-East.” The director of the company received the sum of N67 million. The account of the vendor company had been dormant for over 10 years. The account had no financial activity prior to the inflows.

The government said in the last three years, 15,307 banditry and kidnapping attacks occurred, while 411 and 204 terrorist attacks were recorded in 2019 and 2021, respectively, resulting in the deaths of over 1.693 civilians.

“This has no doubt affected the national economy as it has affected business and investment activities.” A state like Borno has lost over $9.5 billion in the last three years on the reintegration of internally displaced persons.

“Investors avoid doing investments where money laundering/TF is significant, which ultimately can harm the FDI trends of the country. Accordingly, these threats have warded off foreign investors because most expatriates are being kidnapped, some of whom have been killed in the last few years. “The situation has worsened trade investment and contributed to reducing revenue inflows,” it concluded.

“This present government does not have the willpower to fight any level of insecurity because most of its high-profile personalities are part of it.” “It starts with such arrests or investigations but later closes or is never heard of, which is why these illicit businesses continue to blossom in the country.”

Another expert, Hassan Stan-Labo, said, “The government has not been able to adequately handle the insecurity situation in the country due to its way of handling fundamental issues that concern the ordinary man on the street.” The election is approaching, and the government is looking for all sorts of excuses to distract the public. “Nigerians have lost hope in the government of the day.” 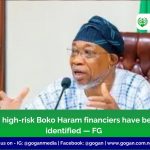 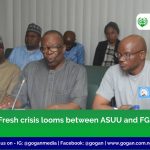