The Tony Blair Institute of Global Change has called on Nigerian authorities to take seriously the dangers that the Indigenous People of Biafra, bandits, and Boko Haram/Islamic State pose to the 2023 general elections in West African Province.

The organisation warned that these groups are more likely to step up their attacks to scupper the 2023 elections.

The group explicitly cautioned that the one million INEC employees, observers, and journalists run the risk of being targeted by IPOB, bandits, and terrorists in a report released on Thursday.

The report partly read, “Three of the most active violent groups in Nigeria – Boko Haram, bandits and IPOB – threaten the 2023 election in different ways. Boko Haram’s factions will try to endanger the election because this is one of the group’s publicly declared ideological objectives.

“They will do so by stepping up attacks, including bombings in major cities while displacing some communities and ensuring remote ones are inaccessible for campaigning or holding elections. While bandits are not purposely anti-democratic, their attacks on villages and displacement of more than a million people are set to disenfranchise many Nigerians.

“Meanwhile, IPOB targets critical election infrastructure and threatens candidates and voters while attacking northern residents of the South-East region. Additionally, all three will actively target the one million election workers who will be transported across Nigeria as well as the thousands of journalists and observers who will monitor the election.

“Boko Haram will attack on ideological basis, bandits will carry out kidnaps-for-ransom, and IPOB will seek out journalists and observers to send its separatist message while demonstrating its control over the South-East. 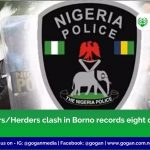