Terrorism: 95 Bandits Are Killed by Air and Artillery Bombing

The military high command, yesterday, said a combined air and artillery bombardment of criminal hideouts in the North-west and North-central killed 95 bandits and kidnappers in the last two weeks while 61 others were arrested.

It also said troops recovered 2,509,000 litres of crude oil, 133,824 litres of diesel, 7,000 litres of kerosene, one vessel and 16 tankers while 23 illegal oil refineries were destroyed even as 22 oil thieves were arrested in the Niger Delta region within the same period, adding that, the recoveries denied oil thieves N654,850,755.04

At a media briefing in Abuja, Director, Defence Media Operations (DDMO), Maj Gen Musa Damadami, said the operation was conducted by the combined troops of Operations Safe Haven, Hadarin Daji, Whirl Stroke, Restore Sanity, and Whirl Punch, as well as the air component in the said areas of responsibility.

He said within the period under review troops neutralised seven suspected criminals, arrested 40 others and rescued 28 civilians.

In Northwest, he said, the land and air components of Operation Hadarin Daji sustained efforts to rid the joint operation area of terrorism.

“Notably, on 15 October 22, two notorious bandits responsible for a series of kidnapping and robbery incidents as well as terrorist activities in Zamfara and part of Katsina State in the past, named Kabiru Mania and Abubakar and some foot soldiers surrendered to their own troops at Shinkafi Local Government Area of Zamfara State,” he said.

During the encounter, he added, troops engaged the bandits in a fire-fight, forcing the bandits to flee due to the superior firepower.

Similarly, the air component of Operation Hadarin Daji sustained its onslaught against terrorists in the North West region.

Accordingly, an air interdiction operation was carried out on a terrorist enclave, Maudi Maudi, at Tsora Hill in Safana Local Government Area of Katsina State on 11 October 2022, feedback revealed that over 14 terrorists were neutralised in the air bombardment while others survived the strike with injuries.

“Equally, on 14 October 2022, following intelligence of bandits’ plan to converge at the residence of a notorious bandits’ leader, Lawali Gudau, aka Dogo Damina, for a ceremony at Koli village, in Maru Local Government Area of Zamfara State, the air component of Operation Hadarin Daji equally conducted air bombardment at the terrorist leader enclave and neutralised over 30 terrorists as well as destroying their amoury in the strike,” he said.

Another air strike, he said, led to the killing of a notorious terrorist kingpin known as Ali Dogo (aka Yellow) alongside 30 of his fighters while they were having a meeting at a building.

Meanwhile, he disclosed that troops had arrested no fewer than 45 oil thieves and destroyed 23 illegal refining sites in two weeks.

He said one vessel belonging to a cartel of oil thieves, MT Deima, was arrested with eight crew members on board the ship.

“Troops of the Joint Task Force, Operation Delta Safe in the South South Region, have continued to sustain aggressive patrols to curb the menace of Crude Oil Theft (COT) and illegal bunkering within Nigeria maritime environment with a view to ensuring the economic prosperity of the nation,” he said.

He affirmed that all recovered items and apprehended criminals had been handed over to the appropriates authority for further action. 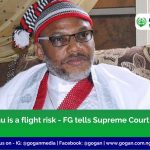