The Federal Government on Saturday explained why it failed to pay full salaries to lecturers under the aegis of the Academic Staff Union of Universities.

In a statement, by the Federal Ministry of Labour and Employment, the government noted that members of ASUU were paid their October salary pro-rata.

According to the ministry, pro-rata was done because they cannot be paid for work not done.

The statement further clarified that the Minister of Labour and Employment, Dr. Chris Ngige, never directed the Accountant General of the Federation to pay the university lecturers half salary.

The statement reads in part, “Following the ruling of the Court of Appeal, which upheld the order of the National Industrial Court of Nigeria, asking ASUU to go back to work, the leadership of the union wrote to the Minister, informing him that they have suspended the strike. The Federal Ministry of Education wrote to him in a similar vein and our labour inspectors in various states also confirmed that they have resumed work.

“So, the minister wrote to the Federal Ministry of Finance, Budget and Planning, directing that their salaries should be restored.  They were paid in pro-rata to the number of days that they worked in October, counting from the day that they suspended their industrial action. Pro-rata was done because you cannot pay them for work not done. Everybody’s hands are tied.”

The ministry equally faulted a statement by the Chairperson of ASUU, Usman Danfodiyo University Sokoto branch, Muhammad Al-Mustapha, accusing Ngige of bias in the payment of salaries to selected professional members of the union.

“Those obviously being referred to by the UDUS ASUU chairperson were members of the Medical and Dental Consultants Association who abstained from the eight-month strike of ASUU because they abhorred the incessant strikes by the union and its grave effects on medical education in Nigeria and production of more medical doctors.

“Accusing the Minister of Labour and Employment, Chris Ngige, of biased payment of salaries to selected professional members of ASUU is a barefaced distortion of facts. Mustapha said he received information that a segment of the staff in the College of Health Sciences has been paid seven months of their withheld salaries from March to September, due to a letter written to the Minister of Finance, instructing the exemption of the under-listed staff on the application of ‘No Work, No Pay’ rule.

Meanwhile, the Federal Government has commenced plans to pay the Congress of University Academics their withheld salaries and rectify the half salaries paid to all lecturers for the month of October 2022, our source has reliably gathered.

Sources familiar with the matter made it known to our correspondent on Saturday.

Our source reports that the lecturers under CONUA just like ASUU had their salaries withheld following the invocation of the ‘No-work-No-pay policy’ by the Federal Government at the height of the ASUU strike.

Though the coordinator of CONUA, Dr. Niyi Sunmonu noted that members of CONUA were not on strike, the lecturers still had their salaries withheld.

CONUA, a breakaway faction of the Academic Staff of Universities was registered in October, 2022 by the Minister of Labour and Employment, Chris Ngige.

Speaking to our correspondent, a source within the Ministry of Labour said, “The government will pay CONUA their withheld salaries, they wrote and it was proven that they didn’t join the strike. The minister has also approved it so yes, they will be paid. As for ASUU, I can’t say at the moment, but be rest assured that CONUA members will have their withheld allowances and salaries released.”

Confirming the development, Sunmonu said,” We have been told to start some processes with some ministries and agencies which we have commenced and we are following up to ensure that the salaries are paid.”

Meanwhile, some branches of ASUU have commenced congresses with more chapters set to meet on Monday following the half salaries for the month of October paid to lecturers by the Federal Government, GOGAN TV can confirm.

Our correspondent had exclusively reported how the government released half salaries for the striking university lecturers.

ASUU accused the minister of labour and employment of writing to the Office of the Accountant-General in that regard.

Though some branches such as the University of Jos, Bayero University Kano, and Gombe State University have held congresses, more branches would be meeting on Monday after which decisions won’t be taken by the National Executive Council.

A source within ASUU who spoke to our correspondent on condition of anonymity noted that consultations were ongoing regarding the next steps.

Meanwhile, our correspondent also gathered that the withheld salaries of the Senior Staff Association of Nigerian Universities had yet to be released.

Speaking with our correspondent on the telephone in Abuja, the National President of SSANU, Muhammed Ibrahim noted that the government insisted on its no-work-no-pay policy.

“Our four months’ salaries are still being withheld. The government has continued to insist on the no-work-no-pay policy and this has caused untold hardship. We are therefore requesting that they rescind this decision and release the withheld salaries.”

Also, the Colleges of Education Academic Staff Union has called on the federal government to release the withheld promotion arrears which have been owed to members of the union since 2015.

The secretary of COEASU, Dr Ahmed Lawan said, “We are not owed salaries, however, our promotion arrears from 2015 have been held and we will want it to be released.”

In a related development, the ASUU chapter of Abubakar Tafawa Balewa University on Saturday noted that it would cancel the 2021/2022 academic session following the failure of the government to release the withheld salaries of the lecturers.

A source within the union disclosed this to our correspondent during a telephone interview.

The source said, “ATBU, Bauchi, had it congress this morning 10am-1pm. Two options were presented to congress members to deliberate on option one; to declare that members are not on strike but are financially incapacitated to carry out their duties, while option two is to call on management of the university to admit new students while abolishing the current session 2021/2022. 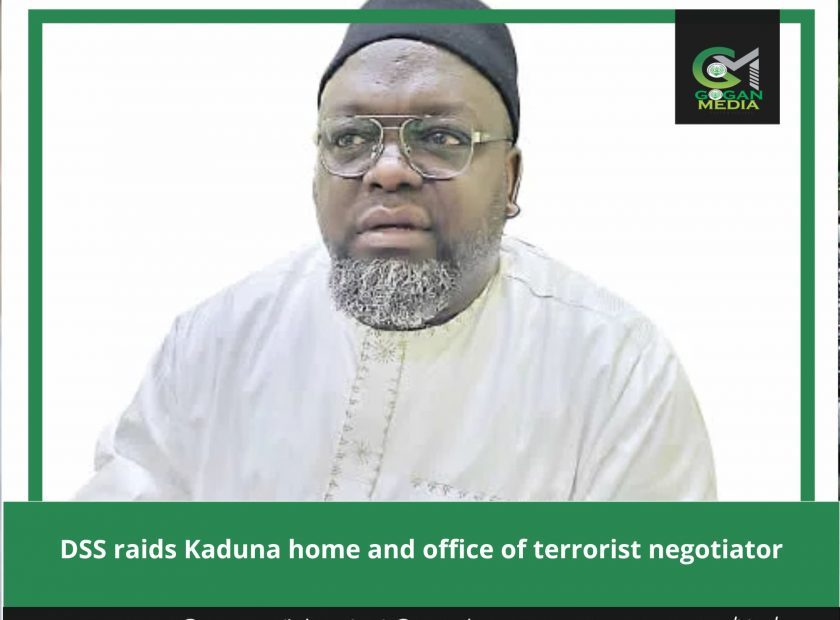