The Rivers State Government has refuted social media rumors that one of its flyover projects partially collapsed on Saturday in Rumukrushi, close to Port Harcourt. This project is currently under construction.
This was revealed by the state’s commissioner for works, Dr. George Kelly, in a statement released by his media assistant, Dornubari Kiinee, on Sunday in Port Harcourt.
Kelly, however, made it clear that there was an accident and not a structural failure, as had been widely reported. The catastrophe was brought on by some negligent heavy equipment operators.
He claimed that the bogus story being spread was a hoax created by troublemakers to incite fear.
Part of the statement read, “Our attention has been drawn to a misleading narrative concerning the incident that occurred at the Rumukrushi (Tank) Flyover project site on Saturday, August 6, 2022.
“What happened was not an issue of structural failure but was entirely an accident caused by some careless heavy equipment operators.
“Routine construction works were going on the site when an excavator horizontally collided with an already launched beam while trying to assist a tipper that got stuck.
“The beam moved out of place and made an impact on other beams. This caused damage to the beams in that row.”
“The erroneous narrative being propagated by mischief-makers is with the sole aim of causing unnecessary panic amongst unsuspecting members of the public.” 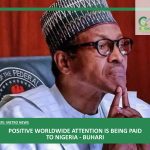 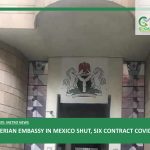