Richarlison: “As long as they keep ‘blah blah blah’ and don’t punish, it’s going to continue”; Brazil also condemn racial abuse of their forward, who was targeted as he celebrated scoring in 5-1 World Cup warm-up win over Tunisia at the Parc des Princes

Richarlison of Brazil was racially assaulted during Tuesday’s friendly match between Brazil and Tunisia in Paris, and FIFA has launched an investigation into the incident.
As the former Everton striker rushed towards the corner flag to celebrate scoring his team’s second goal in their 5-1 victory at the Parc des Princes, the incident happened.
Video captured Manchester United midfielder Fred booting the banana away as further items were thrown onto the field.
The governing body of football in the world, FIFA, declared on Wednesday: “First and foremost, FIFA strongly rejects any form of racism and violence and has a very clear zero tolerance stance against such behaviour in football.
“FIFA will investigate the incident in yesterday’s game in Paris.”
Five-time world champions Brazil posed for pictures with an anti-racism banner before the game, which read, ‘Without our black players, we wouldn’t have stars on our shirts’.
The Brazilian Football Federation (CBF) later issued a statement via Twitter condemning the abuse of Richarlison and calling for strong punishments.
It read: “After Brazil’s second goal, a banana was thrown towards Richarlison. The CBF reinforces its stance against discrimination and vehemently repudiates yet another episode of racism in football.
“Whether on or off the field, attitudes like this cannot be tolerated.”
Richarlison said racism would continue if there was no punishment handed out. “As long as they keep ‘blah blah blah’ and don’t punish, it’s going to continue like this, happening every day and in every corner,” he added.
Defender Thiago Silva also condemned the act. “I was saddened by the gesture they made because that’s not football,” he said. “Football is about supporting your team. Afterwards, on the pitch, we try to give our all for our national team. But gestures like that are not good for football.”
CBF president Ednaldo Rodrigues: “Once again, I come publicly to express my rejection. This time I saw it with my own eyes. This shocks us. We must always remember that we are all the same, regardless of colour, race or religion.
“The fight against racism is not a cause, but a fundamental [battle for] change to wipe this type of crime from the planet. I insist on saying that the punishments need to be more severe.”
After Montassar Talbi’s goal cancelled out Raphinha’s opening score, Richarlison’s goal gave Brazil the lead once more. Neymar added a penalty, Raphinha scored his second, and Pedro put the game out of reach after Tunisia had Dylan Bronn sent off.
Piara Powar, executive director of Fare, an anti-racism network in European football:
“I think even now, after doing this job for so long, it is always shocking to see bananas being thrown, given the degrading meaning of that gesture.
“This is an intercontinental friendly – between Tunisia, who are with CAF, and Brazil with CONMEBOL – so it is difficult to know who has responsibility for governing this match and that is one of the questions we are asking FIFA this morning.
“I think whenever a banana is thrown in a football stadium it is pre-meditated. I don’t buy the argument that someone happened to have it on them.
“Generally, what we would be doing is presenting information to FIFA to have the Tunisian FA sanctioned because that is the way football regulation works. I guess the Tunisian FA would say, ‘Well this was in Paris, we don’t know if this was one of our fans, we don’t know where the ticket was bought’.
“So there are a whole load of issues which I think are going to get into the way of justice for Richarlison. I’m hoping that the French authorities can identify the individual through CCTV and then arrests can be made.
“We’ve already been in contact with FIFA, they are aware of it and looking into it.
“They will be collecting evidence that they can, and part of that evidence collection will be talking to the Brazillian FA and also the Tunisian FA and seeing what observations can be made.
“I hope they will also be asking the French authorities what observations they have.” 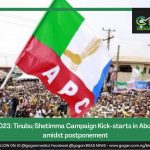 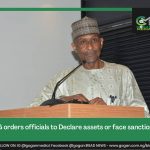 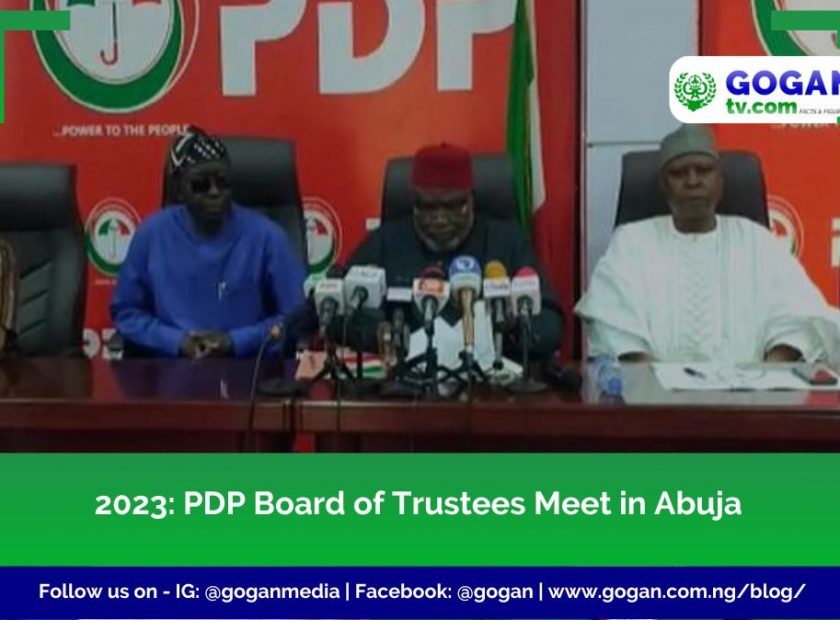 2023: PDP Board of Trustees Meet in Abuja