The Nigeria Police Force’s Intelligence Response Team agents have detained a prison escapee from Kuje as well as 20 other alleged offenders on charges of abduction, armed robbery, culpable homicide, and unlawful escape from detention.

On Wednesday, the suspects were paraded at the FIB-IRT station in Abuja.

Abdulrazak Isah, one of the detained suspects, escaped from the Kuje Correctional Prison on June 22, 2022, when the facility was attacked by members of the Islamic State of West African Province.

Isah, a 27-year-old Ondo State resident who had been sentenced to life in prison in 2013 for the murder of an Indian national, had been there for about 10 years when he managed to escape. 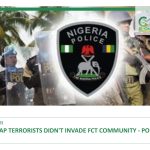 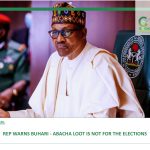