Peter Obi is my brother, I know what he can do – Ngige

Senator Chris Ngige, minister of labor and employment, referred to Peter Obi, the Labour Party’s candidate for president, as his brother and claimed to be aware of his leadership potential.

Ngige made this statement on Tuesday at his hometown of Alor, Idemili South local government area, Anambra State, during the distribution of the Chris Ngige Foundation’s annual Christmas gifts to APC members, the needy, widows, and elderly people.

He said, “Peter Obi of Labour Party is my brother, his Local Government is next to mine here my successor and everything. I know him too well.I know his capacity.”

The minister advised Nigerians to vote for the right candidate who should be able to work for them after a critical evaluation of their manifestos and antecedents.

Ngige claimed that the four front-runners for the presidency are strong candidates with the necessary relevant experience in Government business at the state and federal levels, so he made the decision to stay away from the presidential campaigns of the ruling All Progressives Congress, or APC, and any other political party.

Remember that the Minister expressed interest in running in the APC Presidential primary elections and was reported to have bought the Expression of Interest Form prior to withdrawing from the fight.

In a statement sent by his media office, Ngige said that the Federal Government had recognized how terrible things were and had asked ministers to return home and help their constituents ever since last September.

Regarding his choice of presidential candidate, he said, “the four frontrunners are good candidates with cognate experience in governance at the federal and state levels.

“They are my friends and they are well known to me. They have worked with me in one way or the other before now.

“Former Vice President, Alhaji Atiku Abubakar of People’s Democratic Party (PDP) was at the helm of affairs in the country when I was kidnapped as a sitting governor. He was Acting for Mr. President who was away in Maputo at that time. He ordered my reinstatement. We sat together in the National Economic Council which he is the Chairman. We formed the Action Congress (AC) with Asiwaju.”

“Bola Ahmed Tinubu of APC is also my good friend and political ally. He was very supportive during our trying times as Governor. We formed AC together. We worked together in ACN and I became the lone opposition Senator in the Eastern Region under the platform of Action Congress of Nigeria (ACN). He is not somebody I don’t know.

“Rabiu Musa Kwankwaso of NNPP is my friend too. I knew him as Deputy Speaker of the Federal House of Representatives under Agunwa Anaekwe in 1991as Speaker. We were in APC So, I know him.

“For me, let the Nigerian people vote right. Let Nigerians look at them and their manifestos and  vote, according to what is right for the country. I don’t think I will go around campaigning for candidate A or B or C. I won’t do that. It is not my stock in trade. I don’t jump from party to party. But besides, I have some conscience and I am going to protect my conscience and make sure that I don’t hurt it.” 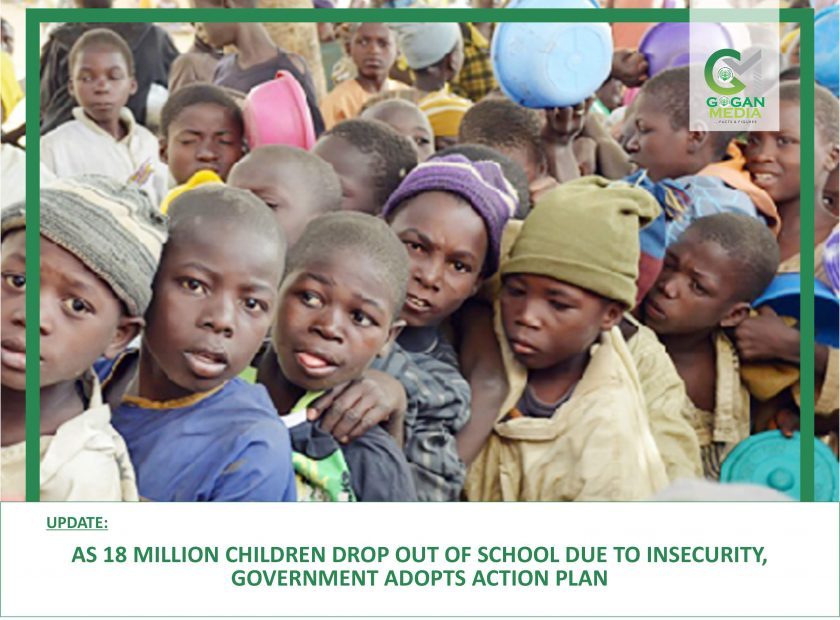 As 18 million children drop out of school due to insecurity, government adopts action plan