Between January 2010 and September 2021, the grid saw 216 system breakdowns, according to an analysis of industry data, the majority of which came from the Nigerian Electricity Regulatory Commission (NERC).
It also stated that from September 2021 to June 2022, information pertaining to the crashes was not formally accessible. In February, May, July, and August of 2021, the grid failed.
It fell apart for the eighth time in 2022 last month.
According to an analysis of the statistics, Nigeria saw 42 total and partial crashes in 2010, 19 in 2011, 24 in each of the next two years (2012 and 2013), 13 in 2014, and 10 in 2015.
In 2016, there were 28 incidents; in 2017, there were 21, in 2018, there were 13, in 2019, there were 11, and in 2020, there were 4.
“As a background, the national power grid, a network of electricity transmission lines connecting generating stations to loads across the entire country, is designed to operate within certain stability limits in terms of voltage (330kV+5 per cent) and frequency (50Hz+5 per cent). Whenever the grid operates out of these stability ranges, it becomes unstable; power quality decreases and leads to wide-scale supply disruptions, resulting in grid collapse and blackouts,” the report reads.
“While maintaining a stable grid frequency of 50Hz requires a sustained balance between the amount of electricity fed into the electricity grid and the amount of electricity off-taken by end-users since it is not economically optimal to store electricity in large quantities over a long period, the System Operator (SO) ensures that the frequency is sustained at all times within a tolerance threshold.
“When supply exceeds demand, the electrical frequency increases, and in extreme cases some power plants that are unable to tolerate excessive frequency variation may shut down, thereby causing a sudden drop in the available generation on the grid. This exacerbates the frequency imbalance, potentially leading to a full/partial system collapse. 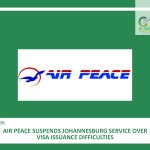 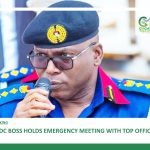