The President claimed that efforts had been made to appoint some CPC members to positions in his administration, including those of the Attorney General and Minister of Justice, Minister of Education, Minister of Water Resources, and Minister of Humanitarian Affairs, Disaster Management, and Social Development in the Federal Executive Council.
“I listened to the remarks of your Chairman which highlighted our modest achievements in diverse areas.
“We shall remain resolute to continue to deliver on the promises we made to Nigerians, and to ensure that we attain greater milestones in terms of economic growth, infrastructural development, provision of security, and the war against corruption, among other responsibilities of government,’’ he added.
Buhari was referred to as the “Patriarch of the CPC” by Umar Shuaibu, the former Chairman of the party in Niger State and Chairman of the Forum of State Chairmen of the defunct CPC.
He praised the President for exercising strong leadership throughout the years, notably in his determination to keep electoral matters fair, impartial, and legal.
“Before you, the opposition was arrested and maltreated, but it is no longer so. You did not deny them what they denied you when they were in power,” he noted.
Shuaibu commended the President for promoting former CPC members to positions of leadership on boards and in the Federal Executive Council. 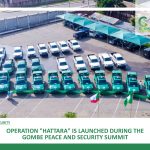 Operation "Hattara" is launched during the Gombe Peace and Security SummitAugust 10, 2022
Enrollment in the contributory healthcare program reaches 293,008 Katsina peopleAugust 10, 2022 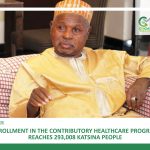