Nigeria Air has been given permission by the Federal Executive Council, or FEC, to lease aircraft in order to begin operations as the nation’s flag carrier.

Hadi Sirika, the minister of aviation, made this statement on Wednesday following the FEC meeting at the Presidential Villa in Abuja, the nation’s capital, which was presided over by President Muhammadu Buhari. Sirika was briefing State House Correspondents at the time.
The Minister stated that the company would launch with three planes but would not specify when the national carrier would commence operations.
Any airline company in the nation is welcome to invest in Nigeria Air, he said, especially because there are 51% of the company’s shares reserved for Nigerians.
“I presented two memoranda on national carrier to allow the Nigeria Air to lease aircraft to start operations. That has been approved by the Council.
And the second, is the deployment of investigation tool by Accident Investigation Bureau. That tool, will permit the accident investigation to be able to decode going ons in flights, and God forbid, should there be a need to investigate the accident or incident, the tool will help them to be able to do so.
That procurement is in sum of €1,506,285.7 which is equivalent to N707,962,864.83. This will be including taxes at Central Bank exchange rate of N472 to Euro with the delivery period of 11 months and is awarded to Messers Integrated Contract Services Limited for AIB.
The Medium-Term Expenditure Framework, or MTEF, for the years 2023 to 2025 was also authorized by Council, according to Minister of Finance, Budget, and National Planning Zainab Ahmed.
“The assumptions that we made for the next Medium Term Expenditure Framework from 2023 to 2025 is that crude oil price will be at $70 bpd for 2023, $66 pbd for 2024 and $62 bpd for 2025.
Crude oil production is projected to be 1.69 million bpd for 2023 and 1.813 million bpd for both 2024 as well as 2025. We have also projected that the nominal GDP, that is the size of Nigeria’s economy will rise up to N225.5 trillion with 95% of this contribution by the non-oil sector while the oil sector will make a contribution of only 5%.
And some steady increase from 2024 to 2025 to reach up to N280.70 trillion in 2025. This means that Nigeria continues to retain its position as the largest economy in Africa”
In response to a query regarding the Excess Crude Account depletion, Ahmed stated that the account has not received credit in the previous four years.
“On the issue of the Excess Crude Account, in the past four years, because of volatility in the crude oil market, we have not had accrual to the Excess Crude Account. So, what we have had, has been gradually used up for different purposes and it is always used in consultation with the National Economic Council that is the Governors because this is a federation account.
The last approval that was given by the Council was the withdrawal of $1 billion to enhance security. We have been utilising that – the last trench of that has been finally released because deployment to security agencies are based on the contracts executed and its been used strictly for that security purpose. So, the utilisation of the account is with the full knowledge of the Governors.”
Due to the insurgency in the nation, the FEC also adopted the Standard Operating Procedure on safeguarding the civilian and humanitarian character of asylum seekers in Cameroon.
Cabinet authorized spending N821 million to purchase 32 operational cars for the National Drug Law Enforcement Agency (NDLEA).
The revised projected total contract cost for the 78-kilometer Kano-Katsina Road dualization project was authorized by cabinet. 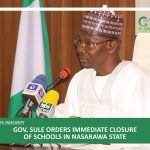 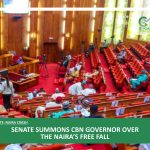