Severance packages for President Muhammadu Buhari, Vice President Yemi Osinbajo, state governors and other political appointees leaving office in 2023 may cost the country about N63.45bn, findings by The PUNCH have shown.

The figure also covers the severance gratuity for ministers, commissioners, National Assembly members, state assembly members and special advisers. It, however, does not include special assistants.

A breakdown of the package indicates that the Federal Government would pay out N3.39bn while the states will cough out N60.06bn.

The beneficiaries’ package was collated from a document obtained from the website of the Revenue Mobilisation and Fiscal Allocation Commission.

The severance allowance is, however, separate from other financial packages which may be in place as retirement benefits or pensions for some of the political office holders.

As approved by RMAFAC, political office holders were entitled to 300 per cent of their annual salary as a severance package.

In addition, some ex-governors will be paid 100 per cent of their annual basic salary for life after leaving office.

They would also get new cars every three years, a house in any part of the country, free medical care, as well as furniture allowance and car maintenance allowance.

They are also entitled to cooks, stewards, gardeners, and other domestic staff, among other perks, including policemen and Department of State Services operatives for life.

The PUNCH recently reported that a total of N13.81bn was proposed for the payment of pensions to former Presidents, Vice-Presidents, Heads of State, Chiefs of General Staff, retired heads of service, permanent secretaries, as well as retired heads of government agencies and parastatals in the 2023 fiscal year.

The beneficiaries include former Presidents Olusegun Obasanjo and Goodluck Jonathan, as well as Vice-Presidents Atiku Abubakar and Namadi Sambo, among others.

Also expected to benefit from the windfall are ex-military Heads of State, General Yakubu Gowon and General Abdusalami Abubakar, as well as a former dictator and self-styled military President, General Ibrahim Babangida and a former Chief of General Staff, Commodore Ebitu Ukiwe (rtd.).

As stipulated by RMAFAC, the President will get a severance pay of N10.54m, which is 300 per cent of his annual basic salary, while Vice-President Osinbajo will receive N9.09m.

The eight special advisers in the Presidency are expected to get N5.83m each, totaling N46.64m.

There are 44 ministers under Buhari, consisting of 27 federal ministers and 17 ministers of state.

The PUNCH checks indicate that the National Assembly members would receive about N2.81bn, with senators getting N664.94m while House of Representatives members would be paid N2.15bn.

The President of the Senate will receive N7.45m cheque, the deputy senate president, N6.93m and the other 107 senators, N6.08m each.

Governorship elections will hold in about 28 states, which means 28 governors and deputy governors will get severance pay, alongside the commissioners and special advisers under them.

Each governor is entitled to a severance pay of N6.67m while the deputy governor gets N6.34m. In total, state governors get N186.76m while their deputies would each be paid N177.52m.

With each commissioner entitled to N4.01m, a total of 570 state commissioners will get N2.29bn.

Special advisers at the state level are by law entitled to N3.75m each. The 28 states had about 14,633 special advisers in total, which would cost the public treasury N54.88bn.

The Enugu State House Assembly has a total of 24 seats while the executive arm boasts of 25 commissioners with an undisclosed number of special advisers.

Sokoto State, which consists of 23 local governments has 30 members of the House of Assembly. Governor Tambuwal was reported to have appointed over 50 special advisers.

The governor recently appointed another 15 special advisers to compensate the members of his party who lost out in the Peoples Democratic Party primaries.

The state also boasts of about 21 commissioners supervising different ministries.

Gombe State has a 24-member house of assembly, with 21 commissioners.Though there are 25 lawmakers in Adamawa State, Governor Ahmadu Fintiri appointed a total of 81 aides.

A breakdown indicated that the governor had 42 senior special assistants, 34 special advisers, four principal senior advisers and one chief adviser. The administration has 23 commissioners in the state executive council.

Rivers State is expected to pay out a huge severance allowance on account of the high number of political appointees engaged by Governor Nyesom Wike, who recently appointed 14,000 special advisers.

The beneficiaries of the end-of-tenure pay-off also include the 32 state lawmakers and eight commissioners.

The Chairman, Nigeria Union of Pensioners, Ekiti State Branch, Joel Akinola, said it was not right for political office holders to receive huge severance allowance when states were not paying pensions as and when due.

Akinola said, “It is unfair. I see that kind of a move as selfish, inconsiderate and inhuman if people who had worked meritoriously for 35 years are being owed pensions and gratuities of less than N3m for over 10 years whereas people who served in a political appointment for just four or eight years are being paid humongous amounts.”

The NUP chairman, who observed that the beneficiaries equally enjoyed other office perks noted, “This shows they have not come to serve us but to rip us off of our benefits.’’

He added, “When they are in power, they are heavily paid; they have access to all the benefits – free feeding, free transport, free medicare, free everything, and when they are leaving, they are going with humongous amount as severance allowance.

“I think it is very unfair to leave the poor ones who really did the job unpaid. God does not support this kind of treatment. It is ungodly and should be condemned. I want to appeal to them that they should do the needful concerning pensioners and pay them their dues so that they can put their body and soul together.”

Akinola further noted that a state government was once dragged to court over payment of severance allowance/pension to past political leaders because it was not in the Nigerian constitution and amounted to double pay.

“Payment of humongous severance to political office holders can be seen as an abuse of power, abuse of privilege,” he concluded.

In his reaction, the NUP Chairman in Benue State, Mike Vembe described political leaders in the country as “selfish people who do not consider the welfare of their citizens, especially senior citizens.’’

Reacting to the financial takeaways of the President and governors, Vembe said, “It is a terrible matter if such a huge amount of money is proposed, not to talk of paying it. It is like looking at some people as if they are nothing, you cannot pay them, let them go and die but to themselves, there is no problem.’’

Vembe said what pensioners want from the governors and president was to clear the backlog arrears of pension allowance and gratuities.

“These people were elected by these retired fathers and mothers. If they don’t think about them (pensioners) but only think about themselves, then it means they are selfish,’’ he maintained.

The Ogun state Secretary of the NUP, Bola Lawal described the severance package as inappropriate, calling for its review by 50 per cent.

An economist, Mr Bismark Riwane, said the government should spend money on both lawmakers and pensioners.

“You know the price of democracy; the government should spend more money on both the pensioners and also the lawmakers. They should pay everybody both the lawmakers and pensioners, not paying one and leaving the other.”

The Chief Executive Officer, Centre for the Promotion of Private Sector and former Director General of Lagos State Chamber of Commerce and Industry, Dr Muda Yusuf, stated, ‘’I think whatever proposal on pension should be sensitive to the prevailing economic conditions. It should be sensitive to the sensibility of Nigerians, particularly the pensioners because this service is less than 10 years.

“Some of them have served 10 years while some have a maximum of eight years. Whether that one now qualifies for such a severance package, I think, is something that we can interrogate.

“This is because the whole essence of pension, even in public service, one must have served for a reasonable length of time such as pensioners who have spent 20-35 years for you to be entitled to pension and in any case, most of the pensions we have these days are contributory.’’

He further submitted that anything paid out to the outgoing officeholders should be within the context of the current pension regime.

“What is important is that whatever it is, it has to be within the context of the current pension regime, the Pension Reform Act. If you are taking anything out of that, especially for people in public offices, I don’t think that will be appropriate,’’ he noted.

The Revenue Mobilisation Allocation and Fiscal Commission has said it would begin the process of reviewing the remuneration for political, public and judicial office holders in the country.

This was according to a statement issued signed by the Commission’s spokesperson, Nwachukwu Christian, on Tuesday.

The statement read, “Mohammed pointed out that pursuant to the functions of RMAFC in paragraph 32(D) of part 1 to the third schedule of 1999 constitution of the Federal Republic of Nigeria as amended, empowers the Commission to determine the remuneration appropriate to political, public and judicial office holders in the country informing that the last time the review was carried out was 2008 which makes it even overdue for review.”

According to the statement, Tambuwal showed support for the review, adding that the salaries of judges in the country particularly are one of the least in public service.

In June last year, the former Chairman of RMAFC, Elias Mbam, said the commission had completed plans to begin the review of the revenue allocation formula.

The review was targeted at the equitable distribution of the accrued revenue into the Federation Account to the three tiers of government and it was to be concluded before the end of 2021.

However, the Commission failed to meet its deadline in 2021 and ended up submitting its report of the review of the vertical revenue allocation formula to President Muhammadu Buhari, in April this year. 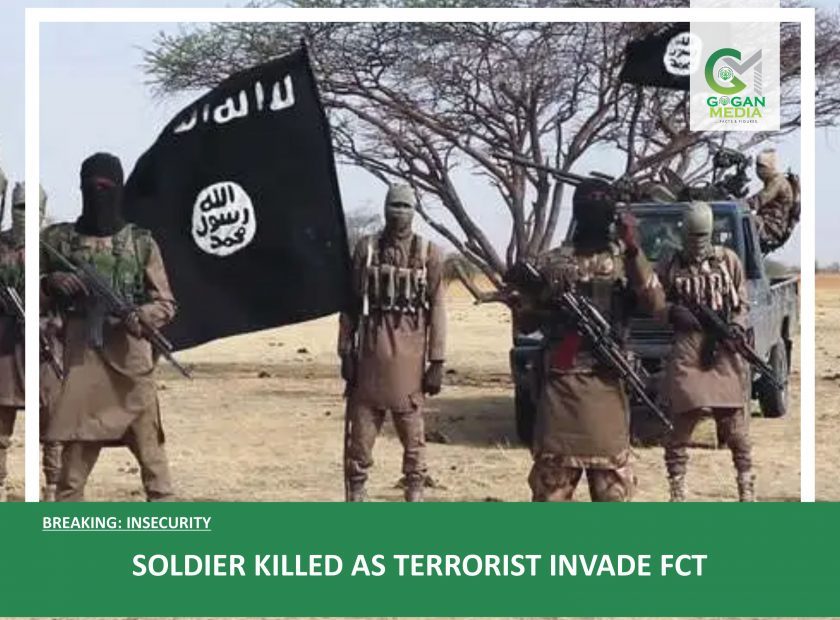