If they are to continue training together, Anthony Joshua’s new trainer Robert Garcia has instructed the boxer to travel to America to train with him and other “champion” fighters.
After losing the Oleksandr Usyk rematch on August 20, the two did not have a good start, with Joshua now planning his comeback in the heavyweight class.
Garcia traveled to the UK for the Usyk fight and stayed there for a while to make room for Joshua owing to the short lead-up to the fight.
“I told Anthony and all his team that, for me, the best way to keep working together is if Anthony comes to train in my gym in California eight weeks before a fight”, García told IZQUIERDAZO.
“From six to eight weeks, that’s all I need for a good camp.
“I told Anthony, ‘I need you to be around more fighters, more champions. I want you to have more fighters for competition, even if they are from the same gym, but you have to compete.’ I told him, ‘You have to want to be better than them, and they will want to be better than you. It will work for all of you.’
Garcia added, “That is what is missing in his gym, the fighters to be competing against each other, where they don’t want the other fighter to do more than you. He needs a place with other world champions around. Anthony has always been alone in his camps, he didn’t have other fighters to train with. He needs to be in a cheerful environment, to interact with other fighters, other sparring partners. I think that would help him a lot.” 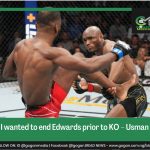 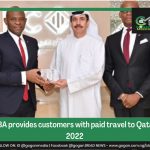 17 nations, including Nigeria, to combat terrorism and money laundering