Ohanaeze Ndigbo Worldwide, has warned the Federal Government on Tuesday that the leader of the Indigenous People of Biafra, Nnamdi Kanu, must not die in detention.

Kanu’s lawyer, Ifeanyi Ejiofor, had raised the alarm after a routine visit to the IPOB leader at the Department of State Services cell that he was critically ill, accusing the DSS of violating orders of Justice Binta Nyako of the Federal High Court Abuja that his doctor should be examining him.

Ejiofor had said, “Nnamdi Kanu is currently suffering from gastro-intestinal illness, which necessitates the constant use of antacids and other available medical treatments.”

Reacting in a statement titled, “Nnamdi Kanu Must Not Die in Prison,” Ohanaeze described the report as worrisome to any fair-minded patriotic Nigerian.

Signed by the National Publicity Secretary of Ohanaeze, Dr Alex Ogbonnia, the pan-Igbo body warned the Federal Government that nothing untoward should happen to him in detention.

According to the statement, the group’s President General, Ambassador George Obiozor, has on several occasions advised the President, Major General Muhammadu Buhari (retd.), on Kanu’s issue beyond the courts or the use of force, advising that it requires a political solution.

The statement read, “The Ohanaeze Ndigbo, the apex Igbo socio-cultural organisation, and several eminent Igbo have repeatedly appealed to the heart of Mr President to release Nnamdi Kanu on the premise of a political solution. The only living legend among those that fought for Nigeria’s independence and the Minister of Aviation in the First Republic, Chief Mbazulike Amechi, presented the request to Buhari when he visited Abakaliki, Ebonyi State, as his last wish.

“Earlier before that, Mbazulike had also met the President in Aso Rock, Abuja for the same reason. In the interim, common sense will ask – why deny Nnamdi Kanu the necessary access to a medical doctor? This is very curious and raises a lot of questions.

“Finally, it is common knowledge that the incarceration of Nnamdi Kanu has rather contributed to the enormity of insecurity in the South-East and one wonders what will happen if, by the utter carelessness, negligence or unnecessary victimisation, something untoward happens to Nnamdi Kanu 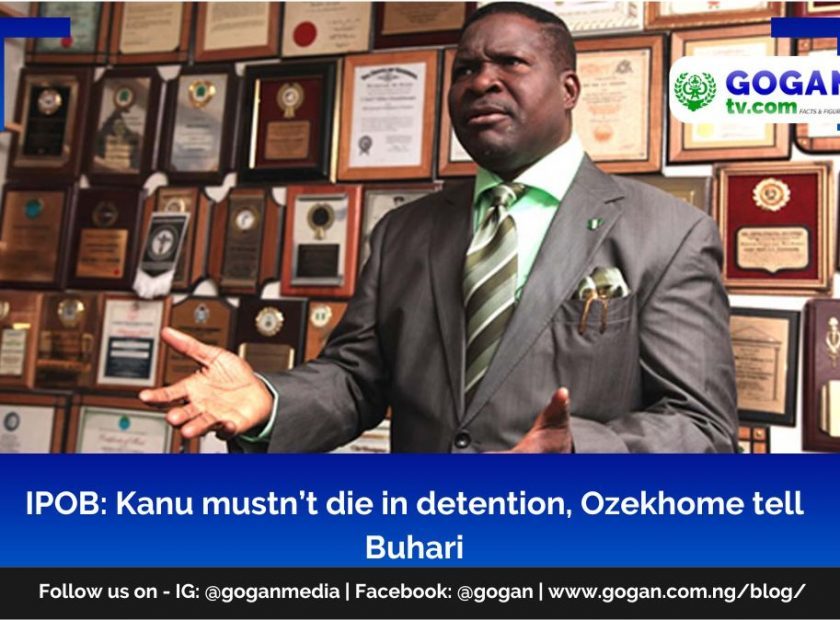