The Independent National Electoral Commission has announced that it will produce 187 million ballots for the presidential election slated for February 25. Half of these ballots will be set aside for a potential run-off. There are less than 100 days till the general elections in 2023.

These were made known by the National Commissioner and Chairman, Information and Voter Education Committee, INEC, Festus Okoye, in Abuja on Friday.

The commission noted that 9,518,188 new voters were added to the existing 84,004,084 to bring the total preliminary registered voters in the country to 93.5 million.

Okoye, who spoke at a roundtable with senior journalists in Abuja, said 93.5 million ballot papers would be used for the presidential election on February 25, 2023 and the remaining 93.5 million would be reserved for a possible run-off if there was no clear winner.

The national commissioner explained that INEC decided to print 187 million ballot papers for the presidential election as it would be difficult to engage printers at a short notice and cope with the logistics required to produce extra ballot papers.

Okoye said, “As of today, 18 political parties will participate in the 2023 general elections and the law has outlined how candidates will emerge and how a presidential candidate will emerge in Nigeria. Because of the limited time on the commission and by the law, in case a candidate does not emerge from the first ballot, the commission prints ballots for run-off or second elections when we are printing ballots for the main election.

“If at the end of the day, there is no run-off and when election petitions are disposed of, the commission will destroy the 93 million ballot papers printed for the run-off. This is because the law gives the commission just 21 days within which to engage in reverse logistics and conduct a run-off election in case there is no winner.

“Moreover, as of the time of the conduct of the presidential election, the governorship and state Assembly elections are still pending. So for the governorship election, the commission will print ballot papers for the run-off in case we have challenges in terms of winners not emerging in the first ballot in some of the states of the federation.”

Explaining how a president emerges and the conditions that may necessitate a second election, Okoye said, “Section 134 (2) of the Constitution of the Federal Republic of Nigeria, which is the fundamental law of the land, makes it mandatory that before anyone can be deemed to have been elected as a president of the Federal Republic of Nigeria, that candidate must secure the highest number of votes cast at the election and must also secure a quarter of the votes cast in two-third of the states of the federation and the Federal Capital Territory. It is mandatory.

“The constitution has made it very clear that of two candidates that will be on the ballot, one must score the highest number of votes in the election. The second candidate that will be on the ballot is one among the remaining candidates who has a majority of votes in the highest number of states. The constitution did not say that one who came second will be in the second election.

“The commission is prepared for the second election if the situation arises, taking into consideration the fact that it will be difficult to engage in reverse logistics and then begin to look for printers to print 93 million ballot papers before we start thinking of how to move them to the states, local governments, wards and polling units. We will print the ballot papers for the main election and the run-off election at the same time. That is what the commission will do.”

“So, we have adopted a hybrid approach as the BVAS will remain with the commission, while the ballot papers will be in the custody of the Central Bank of Nigeria.

“This was the agreement we had with political parties, security agencies, Civil Society Organisations and the media.”

Netizens angry over Buhari’s ‘no house in UK’ comment 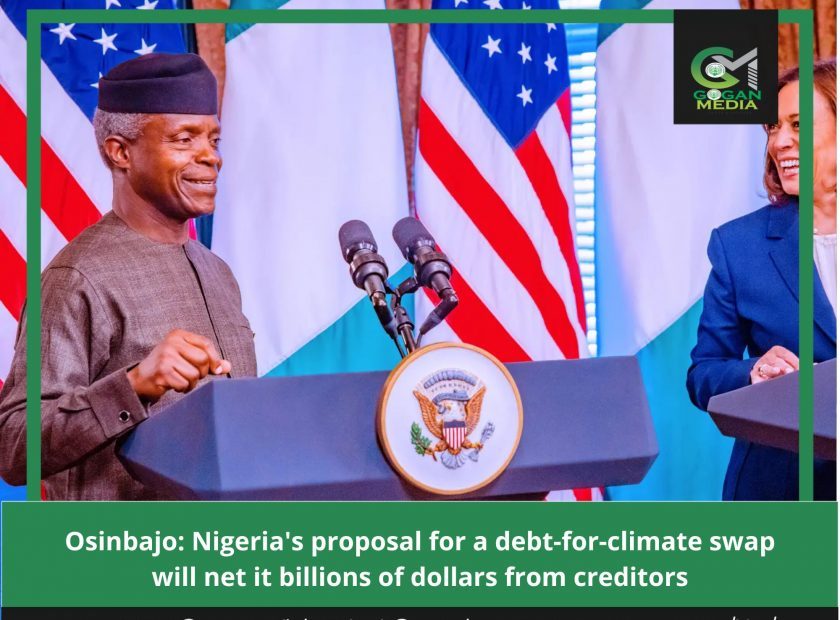 Osinbajo: Nigeria’s proposal for a debt-for-climate swap will net it billions of dollars from creditors