The Independent National Electoral Commission has finally begun the distribution of Bimodal Voter Accreditation System facilities to the remaining parts of the country, including the north-east and south-east states, which hitherto had yet to get the vital election equipment.

It was learned on Wednesday that the agency had resumed the airlift of BVAS to states amid security concerns over the safety of the electoral equipment.

On the social media handles of INEC, it was reported that the chairman of INEC, Mahmood Yakubu, supervised the airlift at the Murtala Muhammed International Airport, Lagos, on Wednesday.

INEC had confirmed in early November that the North-East and South-East zones were yet to receive BVAS.

The North-East states affected include Adamawa, Bauchi, Borno, Gombe, Taraba, and Yobe, while the states in the South-East are Imo, Anambra, Abia, Enugu, and Ebonyi.

The Punch had reported in October that the electoral commission had distributed BVAS to over 23 states across the federation.

An online report blamed insecurity for the delay in the deployment of BVAS in the South-East.

Responding exclusively to local media, the National Commissioner and Chairman, Information and Voter Education Committee (INEC, Festus Okoye, explained in November that the non-delivery and non-receipt of the BVAS by the two zones had nothing to do with insecurity.

He explained, “The commission has planned and will continue to plan all the activities relating to the conduct of the 2023 general election.” The procurement of sensitive and non-sensitive materials, their delivery, and their deployment have been carefully designed and planned by the commission.

“The Bimodal Voter Accreditation System was designed in-house by the commission’s engineers and is being fabricated outside the country.” The manufacturers have kept faith with the timelines and schedules of production and delivery as handed over to them by the commission. The commission has started receiving deliveries from the designated airports and from designated states, and these have equally been delivered to some of the states of the federation.

“Presently, the consignments meant for the North and East have not been received by the commission and could not have been delivered to the states.”

He added, “The manufacturers are following the timelines and schedules given by the Commission.” The non-delivery and non-receipt of the BVAS by the states in the Northeast and Southeast has absolutely nothing to do with insecurity or the activities of gunmen or bandits.

“The commission is meticulously following its own timelines, and we have procured enough BVAS to service the 176,846 polling units in the country, and there will be sufficient redundancies for the 8,809 registration areas.” “We have also procured additional ones for purposes of training our registration area technical support staff.”

Meanwhile, the Nigerian Air Force has also confirmed that it has begun the airlift of election materials for INEC ahead of the 2023 polls.

A NAF spokesperson, Air Commodore Edward Gabkwet, said, “We are assisting INEC in the airlifting of electoral materials for now.” However, we can’t provide aerial support to all INEC offices nationwide at the same time.

The Director, Defence Information, Maj. Gen. Jimmy Akpor, has said the military will ensure support for the police and other civil authorities whenever it is called upon especially during the elections

In an interview with our correspondent, Akpor said, “The military would do everything to support the civil authority in ensuring that the country’s political and social space is protected for socioeconomic activities and the forthcoming elections can go on peacefully.”

“However, it should be noted that election security is the duty of the Nigeria Police Force.” It is the job of the police, and we’ll support the police as a civil authority on election matters and internal security whenever we’re called upon.

“We’ll support the police.” We’ll not hold back any support whenever we’re called upon. However, the current situation is not beyond the police’s control, and contingencies are being updated to improve the situation, and we’ll give them whatever support they need.

Meanwhile, findings by a source on Wednesday showed some of the North-East and South-East states received some batches of their BVAS a few weeks ago.

The Borno State office of INEC confirmed receipt of the BVAS on Wednesday.

“We received BVAS about a month ago,” the Head of Voter Education and Publicity of the office, Shuaibu Ibrahim, affirmed in a telephone interview. “These are sensitive materials, so we are not supposed to speak to the public about them,” he concluded, declining to respond to further questions.

Checks also revealed that 2,988 BVAS had been shipped to Gombe State. A source explained that 2,988 is the exact number of polling units in the state.

She said, “We have received 2,988 BVAS at the moment; backup will arrive later.”

The new resident electoral commissioner for Adamawa State, Mr. Hudu Ari, said the state had taken delivery of 4,104 BVAS, which would be deployed for election in all 40 constituencies in the state.

Similarly, the INEC Public Relations Officer in Kaduna State, Mrs. Rukaya Lamam, disclosed that they received the BVAS about a month ago.

But the INEC spokesman in Anambra State, Dr. Kingsley Agwu, said the office had yet to receive the BVAS machines in the state.

However, checks indicate that the BVAS would soon be dispatched to the states in the South-East region in the coming weeks.

In a related development, no fewer than 1,993 ballot boxes, 399 voting cubicles, 22 electric power generators, and thousands of uncollected PVCs had been destroyed in various attacks carried out on INEC facilities across the states.

The INEC Chairman, Yakubu, disclosed this at the induction retreat for new Resident Electoral Commissioners in Lagos.

Yakubu said the attacks were carried out in four months on offices of the Commission in five local government areas by unknown people.

He said, “I wish to once again touch on the troubling issue of attacks on our facilities and the destruction of critical electoral assets in the country.” In the last four months, five local government area offices of the commission were attacked by yet unknown persons.

“In these mindless attacks, a total of 1,993 ballot boxes, 399 voting cubicles, 22 electric power generators, and thousands of uncollected PVCs were, among other materials, destroyed.” “These attacks must stop, and the perpetrators must be apprehended and prosecuted.”

Furthermore, the House resolved to set up an ad hoc committee to “investigate the remote and immediate causes of the incessant inferno at INEC offices in different parts of the country and report back within three weeks for further legislative action.” 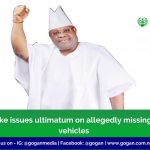 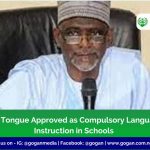