The Federal Ministry of Education’s insistence that its planned agreement with the union will not be binding on state universities could make the labor dispute between the Federal Government and the Academic Staff Union of Universities worse.

Ben Goong, the spokesman for the Federal Ministry of Education, said that because education is on the concurrent legislative list, the Federal Government cannot impose its policies on the states in an interview with one of our correspondents in Abuja on Wednesday.

A commission headed by Prof. Nimi Briggs, the pro-chancellor of the Federal University of Lokoja, reportedly requested a pay raise for professors of 180%, but the government reportedly preferred a pay increase of 100%.
According to information obtained, the National Salaries, Income and Wages Commission, Budget Office of the Federation, Office of the Head of Service of the Federation, and the Ministries of Finance, Education, Labor, and Employment were still hammering out the proposal’s finer points.

A new front of conflict between the union and the government was opened when ASUU President Prof. Emmanuel Osodeke stated that any agreement achieved with the federal government would be binding on the states.

According to The PUNCH, federal and state institutions were among the ASUU members that went on strike on February 14, 2022.
The President, major general Muhammadu Buhari (ret.), instructed the Minister of Education, Adamu Adamu, to take over the discussion with the ASUU leadership two weeks ago after the Minister of Labour and Employment, Chris Ngige, was unable to end the strike.

The Nigeria Labour Congress protested in support of the union on July 26 and 27 across the country in an effort to force a prompt resolution of the problem.

However, ASUU added another four weeks to the strike on Monday.

Osodeke declared: “I don’t know who you spoke to but that person doesn’t know what he is saying. I can tell you that the renegotiation team is made up of pro-chancellors of state and federal universities. So, how can anyone say the agreement won’t be binding on state universities? The person doesn’t know what he is saying.”
According to the ASUU head, the few institutions who opted out of the strike were not their members.

He also cautioned that because Nigeria only had one system of higher education, the union’s position on the compensation problem is personal.

Osodeke declared: ‘‘Whenever ASUU is on strike, it is not about state ASUU or federal ASUU. We have one ASUU representing all universities in the country; those schools that are not participating in the strike are not our members.
‘‘The issue of salary should be left to the union to decide because when there was minimum wage adjustment, both federal and state schools were a part of it; even TETFund, it funds both state and federal institutions. Do we have a federal NUC or state NUC?
‘’The issue of salary negotiation is exclusive to the union. If a state can increase it, good; but we have one university system in Nigeria, and the state cannot even pay lesser than what the Federal Government is paying.’’ 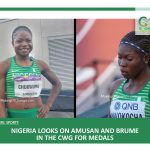 Nigeria looks on Amusan and Brume in the CWG for medalsAugust 4, 2022
Four Soldiers Receive Awards From General Officer Commanding 82 Division for Diligence to DutyAugust 4, 2022 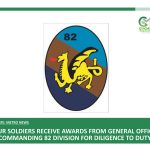