The issue affecting the All Progressives Congress in Benue State took on a new dimension on Wednesday when some arsonists set fire to the home of Alhaji Abubakar Usman, also known as Young Alhaji, a party chieftain, in Otukpo, Benue State.

According to reports, the house in GRA, Otukpo, was set on fire at three in the morning.

The security station and auxiliary buildings were located in the front portion of the building, which the fire apparently completely destroyed.

Usman, a former senatorial candidate for the Benue South Senatorial District, had a mock coffin and an APC register of condolences on display in front of his home a few days prior.

This was viewed by some local party members as the party’s demise.
In order to convey his discontent with the state party leadership for selecting a deputy governorship candidate who he (Usman) and others were against, he displayed the casket and a registry of condolences.

Usman said he personally placed the imitation coffin to alert the APC leadership that something was wrong with the party in the region when reached by phone and confirmed the fire occurrence.

He stated: “Yes, they set fire on my house in Otukpo; it affected by security house. They burnt down by security house. The police and the DSS are aware. I and my workers put out the fire.”
It was unsuccessful to get Catherine Anene, the state police public relations officer, to respond since her phone kept ringing. 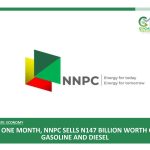 In one month, NNPC sells N147 billion worth of gasoline and dieselAugust 4, 2022
Ekweremadu returns to court after 42 days in jail for alleged organ harvestingAugust 4, 2022 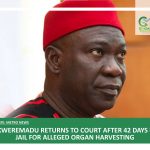