The Arewa Youth Consultative Forum has urged the Economic and Financial Crimes Commission led by Abdulrasheed Bawa, to stop media trial of suspects.

The youths claimed that the standard of the EFCC was dropping, urging the agency to be focused and stop the downward slide in its operational standards.

The National President of the forum, Alhaji Yerima Shettima, stated this in a statement made available to newsmen in Kaduna on Saturday.

He said, “We have been following closely the EFCC’s hasty moves to nail another northern governor, Bello Matawalle.

“We feel duly concerned to call out the EFCC, led by Bawa, to desist from this repeated embarrassment of starting what it cannot finish. The EFCC as an institution of public service that is crucial to sanitising Nigeria should not be pulled down by the actions of one man.

“The forum rejects the strategy of media trial because it downgrades not just the operational standards of the agency but it amounts to deliberate policy of intimidation.”

“The EFCC is meant to be an agency of uncompromising standards that should be a reflection of our domestic and international image in the fight against corruption.”

The statement added that it was on record that Governor Matawalle had been able to stabilise Zamfara State more than his predecessors due to his modified security tactics.

It asked if the EFCC was deliberately trying to undermine these laudable achievements by launching a media trial in broad daylight, wondering why Belsha Printing Press that Matawalle established before he even became the State Governor be shut down now.

“What kind of law gave the agency the powers to shut down a private business that predates the owner’s emergence as governor? This is really distractive for a governor giving Zamfara his best shot,” the youths said.

The youths noted that it was interesting why those targeted for media trial were northerners and why this selective approach be seen in an agency that is supposed to be national in outlook.

The forum urged the President, Major General Muhammadu Buhari (retd.), to call the EFCC chairman to order and stop him from undermining the image of the current administration.

“We thought the recent court judgement that ordered he should be remanded in prison would serve as a warning for his series of actions that amounted to court’s contempt. In other countries, where courts really mean business, nothing would have stopped the EFCC Chairman from going to prison following such a court’s verdict.

“Credible intelligence at our disposal has shown that there are no fewer than 3,000 contempt cases hanging on the neck of the EFCC because of the Chairman’s approach to issues. This is getting out of hand.

“Most importantly, Nigeria is not a Banana Republic and the EFCC Chairman should bear this in mind. Let the world know that we are, as citizens and activists, watching the activities of the EFCC and rating their performance as an institution of public service,” the statement explained.

It added, “Our advice to the EFCC is that it should strive to project its original image of an agency meant to fight corruption using the instrumentality of the law, under a democratic atmosphere. The agency should always do their homework well before making their presence in the media on any matter.” 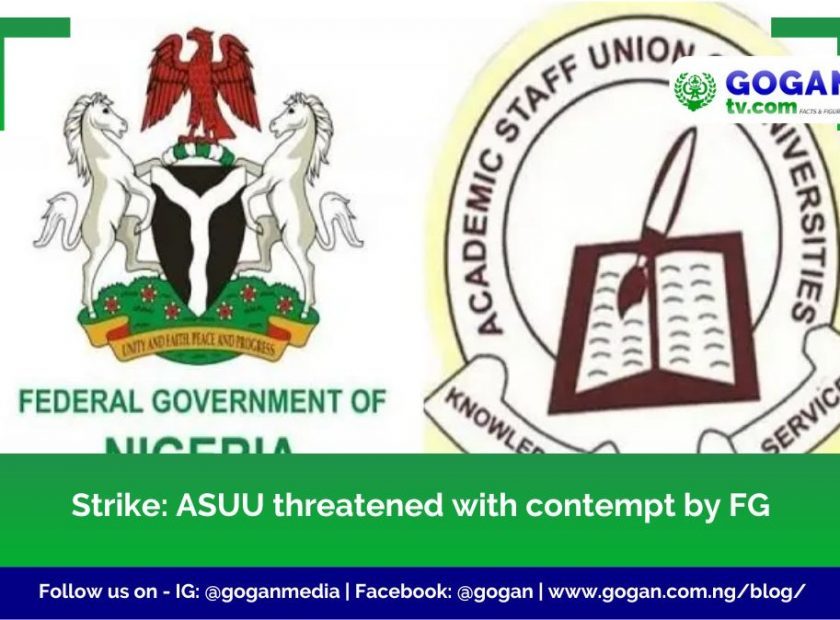