Mustapha Balogun, a former Inspector General of Police (IGP) under President Olusegun Obasanjo, has passed away.
After a brief illness, Tafa Balogun, as he was known, is said to have passed away at a hospital in Lekki, Lagos, at around 8:30 p.m. on Thursday.
But as of the time this story was filed, the Police headquarters had not yet received a formal confirmation of his death from his family as per standard procedure, according to reports from the high command.
Balogun, who was named IGP in March 2002, was compelled to quit by the Obasanjo government in January 2005 as a result of his protracted legal dispute with Nuhu Ribadu’s Economic and Financial Crimes Commission (EFCC) over claims of enormous corruption.
The late IGP passed away at the age of 74, just a few days before his 75th birthday. He was born on August 25, 1947, in Ila Orangun, Osun State.

What you should know

 A respected investigation officer of the Nigerian Police Force, Balogun attended the University of Lagos, graduating in 1972 with a B.A. in Political Science. He joined the Nigeria Police Force in May 1973.
 While a police officer, he gained a law degree from the University of Ibadan. After working in various positions around the country, he was a member of Cadet Assistant Superintendent of Police Course 3.
 He worked in various Police commands across the federation and was promoted as of when due. He was also a Principal Staff Officer to the former IGP, Muhammadu Gambo, Deputy Commission of Police, Edo State, and the pioneer Commissioner of Police in Delta State.
 He also served as a Commissioner of Police in Rivers and Abia states.
 He was appointed Assistant Inspector General of Police in charge of Zone One Kano State, the position he was holding when promoted to the IGP on March 6, 2002
 On 4 April 2005, after his retirement, Tafa Balogun was arraigned at the Federal High Court, Abuja by the EFCC on charges involving about N13 billion obtained through money laundering, theft and other sources.
 He made a plea bargain with the court in exchange for returning much of the property and money. He was sentenced to six months in jail. He was released on 9 February 2006 after serving his sentence, part of it in Abuja National Hospital. 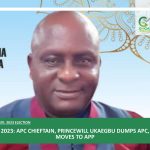 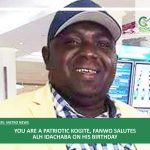