The arrest and trial of former Deputy Senate President Ike Ekweremadu in the United Kingdom have been criticized by a human rights organization, Civil Rights Realisation and Advancement Network.

It claimed that because Ekweremadu’s prosecution in the UK did not adhere to international standards and proper processes for trials of officials with diplomatic immunity, it constituted a serious violation of the 1961 Vienna Convention on Diplomatic Relations.

This was declared by CRRAN in a statement released by its President, Olu Omotayo, on Tuesday, which was captioned ‘Diplomatic Immunity In International Law; There Is Clearly Different Laws For The Europeans And Africans; Senator Ike Ekweremadu Experience.’
The rights organization referred to it as appalling and terrible that a kangaroo trial of this kind, which did not adhere to international standards, is being held in one of the so-called normal climates.
The statement partly read, “Senator Ike Ekweremade, a Nigeria current serving senator, was arrested in the United Kingdom while traveling with a Diplomatic passport and thereafter arraigned in court and remanded in prison custody.
“Though there are several instances where African leaders and government officials bearing Diplomatic passports were arrested in Europe and clamped into detention, but this is a clear breach of International law which has not been canvassed by the affected leaders, and because of the weakness of African states the respective affected countries never asked the detaining European countries what Diplomatic Immunity Entails.
“Wikipedia defines diplomatic immunity as a form of legal immunity that ensures diplomats are given safe passage and are considered not susceptible to lawsuit or prosecution under the host country’s laws, although they may still be expelled.
“It is submitted that even in the United States, if a person with immunity is alleged to have committed a crime or faces a civil lawsuit, the Department of State alerts the government that the diplomat works for.”
It added, “The Department of State also asks the home country to waive immunity of the alleged offender so that the complaint can be moved to the courts. If immunity is not waived, prosecution cannot be undertaken.
“Diplomatic immunity can be waived only by the government of the official’s home country. In most cases, this happens only when the official commits or witnesses a serious crime not related to their diplomatic role.
“In Ekweremadus’ case it is not clear whether the Nigerian government waived the immunity or Senator Ike Ekweremadu waived the immunity. One thing that is clear is that No African/ Asian country will arrest and detain an American legislator bearing a Diplomatic Passport or a legislator from Europe bearing a Diplomatic Passport without first
notifying his home country.
“It is submitted that equality before the law is one of the Cardinal principles of the Rule of Law. African nations and European nations should be equal when it comes to rights and privileges under International law, but these people have a superiority mindset and so much believed that Africans are corrupt and not entitle to any rights or privileges under International law.
“We submit that the said trial of Senator Ekweremadu in the United Kingdom Court constitutes a grave assault on ‘The Vienna Convention on Diplomatic Relations of 196’, as it fails to follow international standards and due procedures for trial of officials having Diplomatic immunity.” 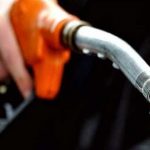 Tougher times for Nigerians as Kerosene hits over N800/litreAugust 3, 2022
All hands must be on deck to prevent violence... -  Dame Pauline TallenAugust 3, 2022 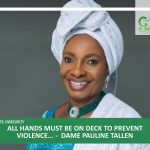