The home of Malam Tukur Mamu, publisher of the Kaduna-based Desert Herald and media adviser to controversial Islamic cleric Sheikh Ahmad Gumi, who withdrew as one of the negotiators between the terrorists who attacked the Abuja-Kaduna bound AK-9 train passengers on March 28, was raided by a team from the Department of State Service.
According to a source with knowledge of the situation, the highly armed DSS agents attacked Mamu’s home and the office of the Desert Herald Newspaper at around 12:30 am on Thursday.
It was reported that the authorities searched every crevice of the home and removed laptops, phones, and papers.
However, according to the sources, neither the workplace nor the home had anything that might be used as evidence.
He claims that both the home and the workplace were raided by at least 50 heavily armed agents traveling in military trucks, Toyota Hilux, and Highlander.
The two wives of the former negotiator, who were present when he was arrested, were returned to the home, but his two boys “are still with him in detention,” the source continued.
He said, “The heavily armed operatives came and they searched everywhere both at the residence and his office but nothing suspicious was found during the operation that started at about 12.30am
“Over 50 of them came in, fully armed with sophisticated weapons in Army vehicles, Toyota Hilux, and Toyota Highlander.
“Two wives that were with him (Mamu) were returned but his two sons, Faisal and Ibrahim are still with him in detention.
“They seized our phones and laptops computers.”
Mamu was detained on Tuesday in Cairo, the capital of Egypt, according to The PUNCH.
The negotiator for the terrorists is rumored to have been detained in Egypt together with his family.
The negotiator had allegedly been arrested, according to the DSS.
Mamu was reportedly stopped at the Cairo International Airport while en route to Saudi Arabia for the smaller Hajj.
The management of the Desert Herald Newspaper confirmed the arrest and said that it was an attempt to intimidate the publication’s publisher.
Ibrahim Mada, the management’s Head of Special Projects, released a statement on Wednesday in which it accused the federal government of planning Mamu’s arrest and deportation from Egypt to Nigeria.
The statement read, “His patriotic mission to ensure the safety of the hapless passengers made him a target of blackmail by unscrupulous elements in the government who are hell bent in punishing him for this noble but dangerous sacrifice for the fatherland. Such threats and intimidations have forced him to reveal on a number of times that his life was under serious threat.
“Due to numerous threats to his life and conspiracy from the side of security agents to frame him, he withdrew from the said negotiations but from his latest sojourn, it appears that those who are desperately praying for his head are still hell-bent in carrying out their odious dastardly plans.
“But it is our fervent hope that the evil machination of these desperate elements will be nixed by the fact that Allah is always by the side of the oppressed. This evil machination like the ones before it, shall also come to pass,” the statement read in part
The AK9 train traveling from Abuja to Kaduna was assaulted by some bloodthirsty terrorists on March 28. Some passengers were taken hostage.
Eight people were killed when the train derailed after the terrorists set explosive devices along the rail track, which exploded when the train approached the site.
Nine people were killed in the attack, including another passenger who received a gunshot wound and passed away a day later.
398 persons purchased tickets according to the manifest that the Nigerian Railway Corporation received, but only 362 of those purchases were verified. Over 60 passengers have been held hostage for more than 50 days and are still inside the kidnappers’ den.
Following the kidnapping, the bandits threatened to start executing kidnapped passengers who were in their care if the Federal Government would not comply with their demands within seven days.
The unrestricted release of their imprisoned children, who were kept in an orphanage home in Adamawa State under the watchful watch of the Nigerian Army, as well as the liberation of their imprisoned colleagues in arms were among the demands.
The terrorists also admitted that their threat to the government led to the Nigerian Railway Corporation suspending train service on the Abuja-Kaduna route on May 23.
The bandits claim that the government is being dishonest during the negotiation and have threatened that no kidnapped passengers will survive unless their incarcerated children, who were forcibly stolen from their spouses in Nasarawa State and detained in Adamawa State by security personnel, are released. 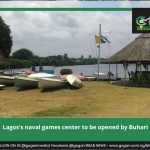 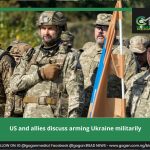