The Congolese government said that Uganda has paid the first payment toward the $325 million judgment it was forced to pay by a UN tribunal for invading eastern DR Congo during the Second Congo War.
On September 1, Uganda sent $65 million to its western neighbor, according to cabinet meeting minutes that were made public over the weekend.
According to Justice Minister Rose Mutombo, this is the first of five annual payments Kinshasa would get for the damages and interest it was awarded by the International Court of Justice (ICJ) in February.
After Kinshasa waged a protracted legal struggle over Uganda’s invasion throughout the conflict from 1998 to 2003, the decision was finally made.
Nine African nations participated in the conflict at its height, with Uganda and Rwanda supporting rebel forces against the Congolese government for control of the mineral-rich Ituri province.
According to the ICJ, of the $325 million, $225 million was used to cover wrongful death claims, $40 million was used to cover property losses, and $60 million was used to cover damages to natural resources.
$11 billion had been sought by DR Congo.
The cabinet was informed that the funds are being held in a Congolese bank on a temporary justice ministry account.
It is not admissible until a victim’s compensation fund is operating.
The judgement was criticized by Kampala as being unfair and inaccurate, adding that it was made while the two nations’ relations were getting better.
An operation against the brutal militia known as the Allied Democratic Forces (ADF), which the Islamic State group claims is its central African offshoot, was begun jointly by Uganda and the Democratic Republic of the Congo in November. 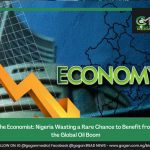 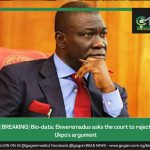