Three years after the city of Wuhan, China, was shut down due to an unknown virus, locals stated Monday that they were optimistic for the future and no longer feared COVID-19.

Since Beijing ordered Wuhan walled off in January 2020 in an effort to stifle the epidemic, COVID has spread around the world, killing millions of people and throwing the global economy into chaos.

However, many people’s lives have returned to normal after over three years of trying lockdowns and compulsory mass testing. Beijing also removed its strict zero-COVID policy last month.

As China celebrated Lunar New Year this week, Wuhan was unrecognisable compared with the apocalyptic scenes that gripped the city of 11 million in early 2020.

Locals crowded into busy markets, and families — some not wearing masks — bought toys and threw stones along the Yangtze River.

As evening fell, colourful animations lit up the facades of the buildings that dominate the skyline, as firecrackers celebrating the Lunar New Year exploded in the distance.

Many flocked to Guiyuan Temple, one of Wuhan’s most famed sites — open for a Lunar New Year holiday for the first time in three years.

Others enjoyed snacks and local delicacies on Hubu Alley, a popular historic thoroughfare bustling with stalls and small restaurants.

Locals told AFP they were elated that life was returning to normal.

“The new year will of course be better,” Yan Dongju, a cleaner in her sixties, told AFP.

“We are not afraid of the virus any more… we don’t have that fear in our heart any more, as long as we protect ourselves and wear our masks,” she added.

“Now that we have opened up, everyone is quite happy,” said delivery driver Liang Feicheng, wearing glasses and a black mask to keep warm.

“If I said it wasn’t, it wouldn’t be true. It was a difficult time,” he said.

“A lot of our worries and depression have all slowly been resolved,” the driver told AFP between orders.

“People are going about their lives, coming together with family and friends, going out to play and travel and being happy.” 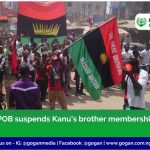 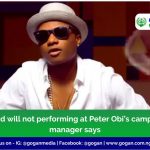 Ariwoola is sworn in by Buhari as a permanent CJN