The Chief Justice of Nigeria, CJN, Justice Olukayode Ariwoola, yesterday, after appearing to have been caught in a political fray, dissociated himself from a purported statement on the activities of the aggrieved governors of the Peoples Democratic Party, PDP, otherwise known as G5 Governors.

This happened as the PDP accused the CJN of meddling and dabbling in the internal affairs of the party.

Ariwoola was reported to have said that he was happy that the governor of Oyo State, Seyi Makinde, is a member of the G5 Governors.

Critics had imputed that the statement exposed the head of the judiciary as supporting politicians when he was supposed to be apolitical given the nature of the sensitive office he holds.

They cited two instances. First, the CJN was hosted to a reception after he assumed office by Makinde, one of the five PDP governors, where he was quoted as making the controversial statement.

Other governors in the G5, opposed to the leadership of the PDP and its presidential candidate, Alhaji Atiku Abubakar, are Nyesom Wike (Rivers), Samuel Ortom (Benue), Okezie Ikpeazu (Abia), and Ifeanyi Ugwuanyi (Enugu).

The four other governors attended the Oyo State capital event where Ariwoola was hosted.

The CJN is from Oyo State.

Ariwoola was also hosted by Wike in Port-Harcourt on Friday, an event that also had in attendance all the members of the G5 Governors.

But at the Friday event, the CJN was not the only judicial officer hosted by the Rivers governor.

In attendance were many other judicial officers from across Nigeria.

In a statement signed by its National Publicity Secretary, Debo Ologunagba, in Abuja yesterday, the PDP said: “While the PDP has the utmost respect for the institution of the judiciary, our party rejects any action or utterance by any judicial officer, let alone the CJN, that undermines the integrity of the judiciary.”

“By delving into the internal affairs of the PDP at a public event in Port Harcourt, Rivers State, on Thursday, where he was reported to have referred to the political activities of some PDP governors, which comment is viewed as encouraging division in our party, the PDP posits that the CJN’s action is unacceptable and inconsistent with his status as the head of the judicial arm of government.

“Our party is worried that such a partisan comment by the CJN is in violation of his oath of office as the head of the country’s judicial arm, which is expected to be impartial and non-partisan.”

“Irrespective of the circumstance or situation, the CJN is expected to be circumspect at all times and avoid partisan actions and utterances that are likely to erode the institutional integrity of the judiciary and bring it into disrepute, especially as the nation prepares for the 2023 general elections.”

The PDP spokesperson added that Nigerians expected the CJN, with his experience, to be in a position to advise, rebuke, and punish members of the judicial arm who got entangled in the political arena.

“The fact that the CJN himself is the one reportedly violating this critical ethic of neutrality, fairness, and respect for the Oath of Office for Judicial Officers raises serious concern in our polity,”  he said.

“The question is, how do Nigerians and especially the PDP trust that the CJN will be an even-handed arbiter in any case or matter relating to internal issues in our party or those connected to other political parties?”

“It is instructive to note that the test for a judge to recuse himself from a matter is the “likelihood of bias,” and the CJN is expected to be mindful of that test in his public engagements.”

But the apex court, in a reaction, stressed that Ariwoola never made any comments to the effect that he was happy that his home state governor, Seyi Makinde, is among the G5 governors.

A statement by the Director of Information and Press, Supreme Court of Nigeria, Dr. Festus Akande, said that those crediting the CJN with the comments were just out to score cheap political goals.

The statement read: “Our attention has been drawn to a publication with the caption “I am happy, Makinde is among G5 Governors” making the rounds in both conventional and social media.

“We wish to state unequivocally clear that the CJN had never at any point said such during his brief remarks at the State Banquet organised as part of the events lined up for the commissioning of the two judiciary projects undertaken by the Rivers State government.

“Issues bordering on misconceptions and misrepresentations of this nature are not always strange in times like this when the country is preparing for general elections, as some people may want to take advantage of every opportunity to score very cheap goals.”

“We wish to set the record straight by making it clear that the CJN and other senior judicial officers drawn from different parts of the country were in Port Harcourt on Thursday and Friday to commission the two buildings to accommodate the Federal Judicial Service Commission’s South-South Liaison Office and the Hon. Justice Mary Peter-Odili Judicial Institute, which were conceptualized and constructed by the Rivers State Government.

“Even at the State Banquet organized as part of the events, the CJN made it clear in his brief remarks that he (the CJN) was not in Port Harcourt for the State Banquet but simply to commission the two projects as a mark of honor for the Judiciary and Hon. Justice Mary Peter-Odili, CFR, JSC, Rtd. and later go back to Abuja thereafter.

Similarly, he said he was very surprised to see the “G5 Governors” (“Integrity Group Governors”), just as he equally expressed the same surprise when he saw them in Ibadan, Oyo State, during the reception organized in his honor by his state government in October.

“His surprise particularly stemmed from the fact that he saw his own state governor, Engineer Seyi Makinde (who incidentally is a member of the “G5 Governors”), at the Port Harcourt occasion.

“He equally stated jocularly that being that HE Engineer Makinde married from Rivers State and is equally very close to HE Nyesome Wike, he would be able to replicate the developmental strides of the latter in Oyo State for the good of the citizenry.

“This, of course, is a comment that, ordinarily, ought to elicit applause and not myopic misrepresentations, as governance is all about positive comparisons and healthy competition.

“Anyone or group of individuals making these unconscionable assumptions and permeating the misinformation are, by implication, creating the impression that it is now a crime for the CJN to have come from Oyo State, which coincidentally has a member of the group, Engineer Seyi Makinde, as the Governor.

“Let it be noted that anything said, assumed, presumed, reported, or placed in the public domain outside the above facts is simply a mere figment of the imagination of such authors and doesn’t in any way represent what the CJN said in Port Harcourt, as we are not ready to join issues with such purveyors of misinformation.” 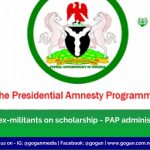 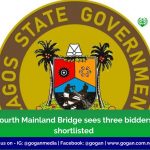