• President pledges to bequeath a legacy of non-interference after Ekiti, Osun polls
• APC dispels rumour of cold war between Tinubu, Adamu over campaign council
• Atiku tackles APC, FG over the economy, rising poverty, unemployment
• Rejects move to secure N11tr fresh loan
In order to prevent intimidation or degrading treatment of Nigerians before the general elections in 2023, President Muhammadu Buhari has stated that the government will take the necessary precautions.
In a meeting with governors of the All Progressives Congress (APC), the party in power, yesterday, the President discussed recent political developments and declared that he would not permit any politician to scare Nigerians with their personal wealth.
Abubakar Atiku Bagudu, the governor of Kebbi State and chairman of the Progressive Governors’ Forum (PGF), led participants to the State House in Abuja.
Additionally, President Buhari said that his administration would make sure that eligible voters cast ballots for the candidates of their choice and that their votes will be counted in the upcoming election.
He said: “We will not allow anyone to use personal resources or their influence to intimidate other Nigerians. We will not allow intimidation materially, morally or physically. This is the kind of leadership that can emerge and consolidate our nation.
“In six months, Nigerians will appreciate the government of APC that we are sincere and we respect them.”
According to the President, the APC will continue to respect Nigerians and make sure that their votes are counted and that the public’s opinion is heard when choosing political leaders at various levels.
He gave the Nigerian people the reassurance that APC would continue to leave behind powerful political institutions that reflect their preferences by abstaining from electoral intervention, noting the results of the elections in the states of Ekiti, Anambra, and Osun as indications. Anambra and Osun governorship elections were lost by the APC, but Ekiti was won.
His words: “I want Nigerians to know that we respect them, and for us to show that, we will allow them to vote who they want. We all witnessed what happened in Anambra, Ekiti and Osun states. What happened in those states gives me a lot of hope that we are succeeding.’’
The President urged the party’s leaders to intensify efforts in “thinking, meeting and strategising for the 2023 elections.’’
Election observers have praised recent elections in the three states, despite the fact that they claimed vote-buying was the new method by which politicians were influencing voters. Using the state infrastructure, notably security services, has been a sad point in previous elections in the country.
Remember how the President declared last week that in 2023, he will exclusively back APC candidates? In a statement yesterday, the President said that while he will campaign for his party as a politician, he does not intend to use the state infrastructure to help his party. This information was provided by his spokesperson, Femi Adesina.
The PGF Chairman, Bagudu, commended the President for his leadership, which was informed by insight and foresight, and he affirmed that the Nigerian economy has been expanding despite difficulties.
Bagudu stated that the growth trajectory had defied initial projections of some multilateral institutions, with the second quarter’s growth rate of 3.5% up from the first quarter’s rate of 3.1%, and that the World Bank and other institutions had acknowledged the economy’s resilience and reviewed their positions.
“As we speak, there is drought in Europe and China. The Ukraine-Russia war is taking a toll on economies. In the UK, there is rationing of electricity and energy shortages in China. While other countries are banning food export, we are preparing for more production, in spite of floods in places like Jigawa State,” he said.
The PGF Chairman informed the President that a number of APC governors were running for reelection in 2023 after having successful first terms.
The APC national chairman, Abdullahi Adamu, and the party’s presidential candidate, Asiwaju Bola Tinubu, have quashed rumors of a conflict.
Nze Chidi Duru, the APC’s deputy national organizing secretary, told reporters in Abuja that the rumors that Tinubu and Adamu are at odds over how to lead the party to victory in the election are completely untrue.
Prior to the start of the APC campaign on September 28, Duru asserted that both the Tinubu campaign and the party national secretariat had polished the whole list of council members.
He said: “There is no power tussle over positions. None of such has happened and the party and the candidate are working together. It is important to say that we agreed on the Director General and spokesman of the campaign council.
“The governors will control the structures at the zones. The party can’t be excluded and it won’t even exclude anybody. We will have an embracing and all-inclusive campaign council. There is no discord anywhere. More importantly, the party chairman agreed on the issue of DG and spokesman. Before the INEC flag-off on September 28, all other positions will be unveiled. The chairman is leading the conversation,” he said.
The party’s stance was in response to media claims that the APC is still holding off on releasing the complete list of members of the Presidential Campaign Council due to a power struggle between the two. Recall that Festus Keyamo, the minister of state for labor and employment, and Simon Lalong, the governor of the Plateau State, were appointed as the DG and spokesman, respectively. 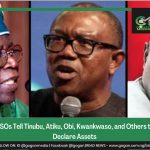 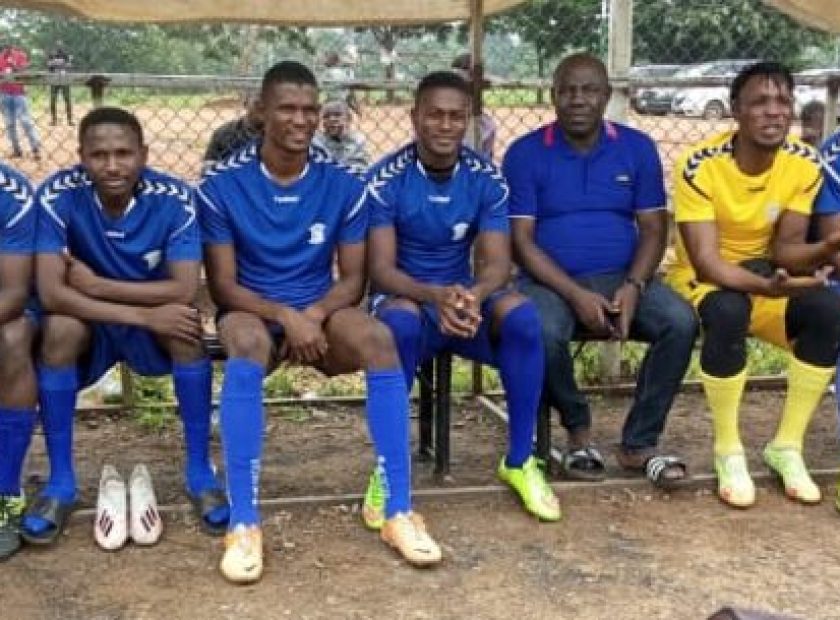 Kogi is Proud of You, Fanwo Tells Kogi United