Following the collapse of her right-wing tax cut agenda and the uprising of numerous Conservative MPs, Truss submitted to the inevitable.

During a speech in Downing Street, Truss stated that she will continue in her position as prime minister until a replacement for her is chosen.

“We’ve agreed that there will be a leadership election to be completed within the next week,” she said, after senior backbench MP Graham Brady told her the game was up.

“This will ensure that we remain on a path to deliver our fiscal plan and maintain our country’s economic stability and national security.

“I will remain as prime minister until a successor has been chosen.”

After Thatcher and May, Truss served as the third female prime minister of the UK.

Late on Wednesday, amid tumultuous scenes at the House of Commons, a crucial minister resigned and a large number of Tory MPs rebelled over a significant vote.

By Thursday morning, more than a dozen Conservative MPs had publicly urged Truss to resign, after her tax-cutting plans caused a market meltdown during an already severe cost-of-living crisis.

Many more were reported to have submitted letters to Brady calling for her to be removed, although party rules would have forbidden another leadership campaign for 12 months.

“The prime minister acknowledges yesterday was a difficult day and she recognises the public wanted to see the government focusing less on politics and more on delivering their priorities,” her official spokesman told reporters.

Events reached a head after what right-wing tabloid The Sun called “a day of extraordinary mayhem” on Wednesday.

Interior minister Suella Braverman left, apparently at Truss’s demand after she sent a government document in a personal email.

But Braverman, an arch right-winger who enjoys strong support among the Tory membership, used her resignation message to attack Truss in blistering terms.

There then followed farcical scenes in parliament as many Tory MPs rebelled against the government’s demand that they drop the party’s manifesto commitment to maintain a ban on fracking.

Accusations swirled of heavy-handed efforts to whip MPs into line, some of whom later briefed the media that it was the nail in the coffin of the Truss premiership.

Conservative lord Ed Vaizey said the “only way out of this mess is for Liz Truss to stand down and for somebody to be appointed as prime minister by Conservative MPs”.

Now, the party can avoid a lengthy leadership contest by consolidating around a unity candidate for her replacement.

Truss beat former finance minister Rishi Sunak in the leadership race after Boris Johnson announced his resignation in July — but Johnson supporters have vowed to block a coronation for Sunak now.

The prime minister’s woes began when her showpiece tax-slashing policy sparked market chaos that threatened the country’s pension funds, forcing her into a series of humiliating U-turns.

Braverman’s departure on Wednesday triggered the second reshuffle this month after Truss sacked close ally Kwasi Kwarteng over the budget debacle, replacing him with Jeremy Hunt, who swiftly reversed almost all the policy announcements.

The Daily Telegraph reported that Braverman left after a “heated face-to-face row” with Truss and Hunt “over their demands to soften her stance on immigration”.

Truss appointed Grant Shapps to replace Braverman despite firing him as transport secretary when she took office.

Both Shapps and Hunt had supported her rival for the leadership, Sunak, leaving her isolated in her own cabinet.

Braverman, seen as a hardliner on immigration, said she had resigned over a “technical infringement” of government rules.

But in her resignation letter, she flagged up “serious concerns” that Truss was breaking manifesto promises.

“Pretending we haven’t made mistakes, carrying on as if everyone can’t see we’ve made them, and hoping things will magically come right is not serious politics,” Braverman wrote.

After Truss made a belligerent appearance in parliament to try to allay concerns about her leadership, Braverman sent her letter of resignation.

In her first Prime Minister’s Questions appearance after the budget U-turns, Truss was subjected to heavy criticism from Labour’s Starmer.

While Truss was being jeered at and booed by opposition lawmakers, Starmer questioned the House of Commons: “What’s the point of a prime minister whose promises don’t even last a week?” 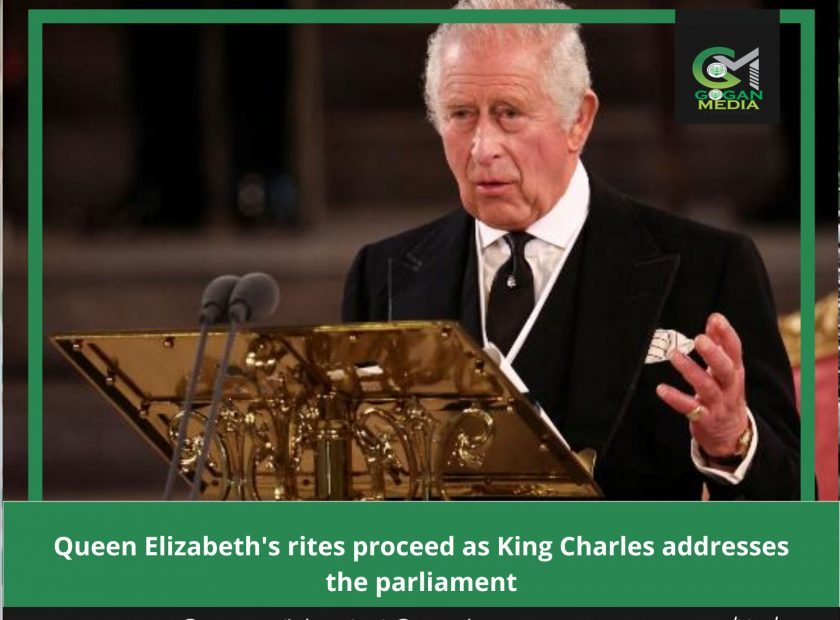