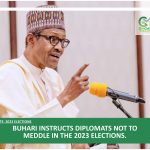 Buhari instructs diplomats not to meddle in the 2023 elections.August 3, 2022
Nigeria: Team Nigeria Wins Another Weightlifting Medal at the Commonwealth Games 2022August 3, 2022 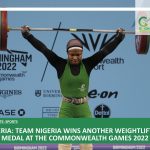