The Nigerian Army has declined to respond after a court ordered the remand of the Chief of Army Staff, Lt. Gen. Faruk Yahaya, and the Commandant, Training and Doctrine Command, Minna, Major Gen. Stevenson Olabanji, for alleged contempt.

A high court sitting in Minna, Niger State, had issued a warrant of arrest and subsequent remand of both Yahaya and Olabanji in the custodial center.

The case was said to be between Adamu Makama and 42 others versus the governor of Niger State and seven others.

Counsel for the plaintiffs, Mohammed Liman, had prayed the court to send the army chief and commandant to the custodial center for disobeying an order made on October 12, 2022.

Ruling on the application, Justice Halima Abdulmalik said, “An order is made committing the Nigerian Army Chief of Staff, General Farouk Yahaya, and the Commander, Training and Doctrine Command, Minna, i.e., the 6th and 7th respondents, into the custody of the correctional center for contempt of the order of this honourable court made on 10/12/2022.”

The judge ordered that the army chief and commandant remain in custody until they purged themselves of the contempt.

The case was adjourned until December 8.

Several attempts to get the reaction of the Nigerian Army were not successful.

Calls and a text message to the phone number of the Director of Army Public Relations, Brig. Gen. Onyema Nwachukwu, were not answered. 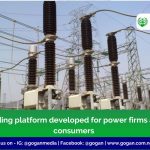 Trading platform developed for power firms and consumersDecember 1, 2022
I know the way to prosperity - TinubuDecember 2, 2022 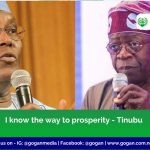