In Sokoto State, the All Progressives Congress Presidential Campaign Council for Tinubu/Shettima Media and Publicity was officially launched.

This information was sent to one of our correspondents on Friday in a press release that was signed by Prince Tunde Omolehin, the council’s secretary.

Mohammed assured that, with the composition of the committee members, there was no doubt that Sokoto would emerge the best among other states to deliver on the Tinubu/Shetima media project ahead of the presidential election in the state.

“When you look at the track records of our presidential candidate and his running mate, you will agree with me that we have a good candidate and running mate to market before the public. We will do our best to achieve this despite the short time.” He said.

He thanked the leadership of the APC-PCC directorate for finding the members worthy of their nominations and urged the new members to come up with thoughtful ideas and suggestions that could enhance the committee’s preparedness in achieving the objectives.

In the meantime, the Otunba Solomon Oladunni Support Group for Ahmed Tinubu and Kashim Shettima has urged Ondo State residents to support Tinubu, claiming that he will see to the construction of the deep seaport that is being considered for the state.

Oladunni said, “If we allow Asiwaju as president in 2023, the economy will face tremendous improvement, employment will be created for our youths, Nigeria GDP will rise, inflation will reduce, foreign exchange will be strengthened and the health institutions will be better. Higher institutions and the educational system as a whole will be reinvigorated better and youths will be engaged, industries will boom, and Ondo state will benefit because we have a deep seaport which we’ve been engaging the FG for a very long time to develop. I believe that if Tinubu is elected, it will be achieved”.

“Ondo state has a lot of resources, solid resources, petroleum resources, human resources, he will be able to harness all these to the development of our people, our state and the country as a whole.”

Also speaking, a former Secretary to Ondo State Government, Mr Ifedayo Abegunde, assured that the rally would translate to massive votes for Tinubu in the presidential election.

He added, “The people know Tinubu, his character, and his antecedents. When he was the governor of Lagos State, he moved the state forward. The economy of Lagos today can be compared with that of some nations in Africa.” 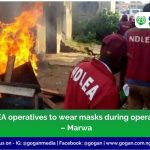 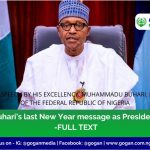