Ahmed Idris, the beleaguered and temporarily suspended Accountant General of the Federation (AGF), is requesting a plea deal to avoid going to trial on charges that he misappropriated N109.4 billion from the Federal Government.
The Economic and Financial Crimes Commission (EFCC), which announced the information yesterday, August 10, before Justice Adeyemi Ajayi of the High Court of the Federal Capital Territory (FCT), claimed that the co-defendants of the suspended AGF were also involved in the effort to reach a plea agreement with the commission.
The defendants include Godfrey Olusegun Akindele, an Idris technical assistant, Mohammed Kudu Usman, a director in the AGF’s office, and Gezawa Commodity Market and Exchange Limited, a company connected to Idris.
On July 22, the defendants were charged with 14 counts that included allegations of theft, money laundering, and criminal breach of trust.
At a resumed trial, the EFCC’s attorney, Rotimi Jacobs (SAN), informed the court that the suspended Accountant General had contacted the organization via a third party to organize a meeting to discuss ways to negotiate a plea agreement.
The prosecution attorney stated that he agreed to meet with the defendants, but on the condition that their attorneys and the EFCC investigators (who handled the case) must be present. Section 270 of the Administration of Criminal Justice Act, 2015, provides for plea bargains.
Because the defendants failed to bring their attorneys, according to Jacobs, the meeting that was scheduled for last Tuesday was canceled.
A member of Idris’ legal team, described by Jacobs as Kanayo, allegedly arrived at the meeting’s location later and expressed displeasure that the defendants had not been brought with him.
“The first defendant sent a third party to me that he wanted a plea bargaining meeting and he wanted to meet me.
“That was on Tuesday morning, and I replied that I cannot meet the defendants in the absence of their counsel.
“I added that by the nature of our calling, we must be open and transparent. Section 270 of ACJA allows plea bargain.
I told them to come with their lawyer and let us meet at the EFCC office and that I will also invite the investigators to be at the meeting.
“Kanayo, one of the counsel in the legal team of the first defendant, came to meet me at the EFCC office in Wuse 2, and protested that they were not carried along and that his clients would not come for the meeting.
“I spoke with Chief Chris Uche (SAN), head of the first defendant’s legal team, for about 30 minutes to let him know that we did not invite them and that the planned meeting was at their instance.
“None of the defendants entered EFCC’s office. So, they did not attend any meeting at the EFCC office,” Jacobs said.
Jacobs was reacting to allegations made by attorneys for the defendants who claimed that the EFCC had refused to invite their clients the day before and barred them from meeting with the defendants, who they also said had spent the majority of the day at the EFCC’s headquarters.
At the beginning of the hearings, Gordy Uche (SAN), the attorney for the first and fourth defendants, Idris and Gezawa, opposed to Jacobs’ request to tender some comments made by the first defendant.
Jacobs should not be permitted to submit the statements, according to Uche’s argument, because he (Uche) had not yet spoken with his client about the documents.
“I was to interview the first defendant on Tuesday, but I learnt he was in the office of the EFCC. We were, as counsel, not carried along”, Uche said.
When the case had already been charged in court, Uche claimed that it was disrespectful of the court for the EFCC to invite the defendants without informing their attorneys.
He argued that the EFCC was supposed to have finished its investigation before to filing charges against the defendants.
Uche, though, refuted Jacobs’ assertion that his clients had offered the prosecution a plea deal.
According to him, it is customary for a defendant’s attorney to start such an agreement; this is opposed to moves done without the defendant’s attorney’s knowledge. 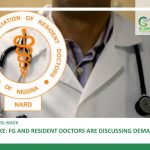 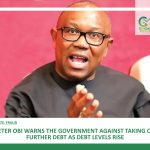