The Federal Capital Territory Administration’s Department of Development Control agents bulldozed the properties of real estate developers in Abuja, and they have since demanded justice for what they have called illegality.

During the operation in Katampe Extension, Bwari Area Council of Abuja, which began last week and is still going on this week, buildings and other facilities in various stages of construction were destroyed.

Dr. Charles Nwakanma, the CEO of Ideal Grace Consulting Limited and the project’s primary developer, claimed that the victims had invested over N8 billion in the 55.59 acre plot’s development over the previous four years.

His Lawyer, Jerry Edemeka, told journalists that the properties had several structures raised on them above the second storey before they were brought down.

He said, “We decided to engage the FCTA in view of the fact that we are development partners. Look, this property has been approved. We are not doing anything unduly. We have followed the due process, got the due approval, paid all the duel fees, mobilized to site as per the conditions contained in the building approval.

“So, what is this mindless and terrible demolition of a place that due approval has been obtained about? Where is this coming from? It is a very sad chapter in the history of land and housing development in the FCT.”

Abioye Adesina, the interim director of urban and regional planning at FCTA, responded to a request for the land administration department to record the exact size of the property granted by the minister of the FCT, Mohammed Musa Bello, by saying that investigation determined that plot to be

3173 exists in Katampe Extension District, Cadastral Zone B19 and covers an area of 55.22 hectares, designated for mixed use comprehensive development.

“Furthermore, the detailed survey carried out also revealed that plot 3173 covers the area of 55.22 hectares. In view of the above, it is recommended that the actual size covering an area of 55.59 hectares be reflected on the title documents accordingly, please”, Adesina said. 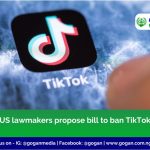 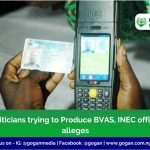