LANDLORDS and residents of the Oluwa Palace neighborhood in Lagos State’s Ibeju Lekki Local Government Area have accused hoodlums and police officers from the state’s environment and special offenses enforcement unit of tearing down their homes and leaving them homeless.

PUNCH According to Metro, the police and thugs raided the neighborhood with bulldozers and demolished around 50 buildings, including homes, businesses, and other property worth millions of naira.

While bemoaning the invasion, the locals said that they had not received a notice of the destruction and added that those who lost their property had been traumatized by the change. 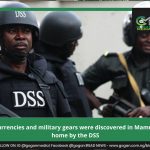 Currencies and military gears were discovered in Mamu's home by the DSSSeptember 9, 2022
Nigeria faces losing N1.37 trillion as PENGASSAN threatens a 30-day shutdownSeptember 9, 2022 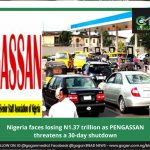