The presidential candidates of the All Progressives Congress, Asiwaju Bola Tinubu and his Labour Party counterpart, Mr Peter Obi, on Monday sought northern support for their ambitions to succeed the President, Major General Muhammadu Buhari (retd.) in 2023.

The two candidates unfolded their agenda on restructuring, insecurity, economy, power and corruption.

While Tinubu shared how he planned to address the age-old problem of almajiri (pupils of Islamic schools) in the north, if elected in the 2023 election, Obi highlighted his vision for the economy.

The two candidates unveiled their plans at an interactive session with the Arewa Joint Committee, which was held at the Arewa House, Kaduna.

At the forum were leaders of the Arewa Consultative Forum, Northern Elders Forum, Sir Ahmadu Bello Memorial Foundation, Jamiyyar Matan Arewa, the Centre for Historical Development Research, as well as the Arewa Research and Documentation Project.

Dressed in a light blue agbada with his trademark cap, Tinubu assured the northern leaders of Nigeria’s indivisibility, noting that the restructuring of the country required consensus.

Broaching the issue which has been a sensitive and contentious subject between the Northern and Southern regions, the APC flag bearer explained that state police and fiscal restructuring are constitutional matters requiring consensus or broad support.

He acknowledged that the Northern governors and traditional rulers recently endorsed the restructuring of the country in response to the security crisis ravaging their region, after opposing it for decades.

“I must say here that restructuring means different things to different people. That is why those who didn’t understand the meaning of restructuring did not even follow up on the very good job done by (Gov Nasir) El-Rufai on this,’’ he noted, referring to the 24-member APC Committee on True Federalism chaired by the Kaduna State governor.

The PUNCH reports that the committee had recommended the restructuring of the country, but the APC regime did not implement its report.

But assuring the northerners of his determination to resolve the agitation while upholding national unity, Tinubu explained that the consensus on restructuring would require the input of critical stakeholders, including the council of state, legislature, judiciary, state governments, traditional institutions and groups.

According to the APC chieftain, his aspiration to lead the country is a testimony to his belief in the unity and indivisibility of Nigeria as a country.

Tinubu pledged to resource the security agencies and enhance the welfare of their personnel to secure the nation.

‘’We will mobilise resources to enhance the welfare of personnel and provide the right equipment and training required for them to secure us all. We will sustain ongoing efforts of increasing the boots on the ground, commensurate to our geography and population.

‘’This recruitment will be tailored to suit the need for specific cadres and expertise for each organ of the security architecture. What I can guarantee you is that throughout this period, I am making you a promise that will be fulfilled,’’ he vowed.

The former Lagos state governor threw a jab at Atiku, his challenger for the top job, describing himself as a pan-Nigerian, having traversed every part of the country.

Atiku had stirred controversy and attracted criticisms for asking the Arewa Joint Committee to support him as a northerner, stressing that the North did not need a Yoruba or Igbo candidate in a veiled reference to Tinubu and Obi.

But slamming Atiku for playing the ethnic card ahead of the 2023 presidential election, Tinubu stated, “You start from Uyo and now ended up in Kaduna and you are speaking to North that you are the right candidate for the North, how do we reconcile that. You have lost the election.

“I am one of you. Yes. I am a city boy from Lagos,” he added to approving gestures from the audience.

Tinubu went further to say that the PDP presidential candidate ought to have endorsed him for the presidency, instead of contesting with him for the same position, having supported Atiku’s presidential bid in 2007.

“It’s payback time; Let Atiku endorse me instead of campaigning in Kaduna. I supported him in 2007,” he stated.

Under his government, the candidate vowed that bandits would cease to exist, noting that “the rag-tag bandits will not defeat us. We will defeat them.”

Tinubu said if elected as president, he would mobilize all assets ‘’within our national power” to secure Nigeria.

“As you are aware, security is a function of resources.  I am committed to mobilising all assets within our national power to Secure Nigeria. We did this in Lagos through many initiatives, especially the Security Trust Fund, through which we addressed many needs of our security forces which helped to sanitize Lagos State.

“As you may recall, when I assumed office as governor in 1999, the situation I met was basically a case of banditry where urban gangs ruled the streets.

“I returned law and order, tamed what could have been a huge ethnic war and made Lagos one of the safest states in Nigeria. I will replicate that across the country.

“Under my leadership, the Nigerian military will receive a much-needed injection of trained personnel to strengthen the heroic efforts of the troops that are currently in service,’’ he further pledged.

Citing the security funding he initiated as governor, Tinubu stated, “We will address the welfare and training needs of our security personnel and strengthen our security institutions with modern technology and equipment to better position them to respond to modern challenges that we face in a fast-changing world.’’On the economy, the APC presidential hopeful said the country was sitting on a gold mine with abundant natural resources, adding that “With strategic investment in research and development and effective management, we will explore and exploit these resources to the fullest.”

He affirmed that under his leadership, the Nigerian government would be business-friendly, noting that his government would support small businesses. Tinubu also said he would collaborate with states to tackle the Almajiri challenge.

Asked what he would do differently from the President, Tinubu simply said, ‘’He has laid a foundation based on constitutionalism. He has done well. I’m not going to throw away everything that he has done into the garbage bin.’’

Speaking at the same forum, the Labour Party presidential candidate said he would rescue Nigeria from its status as a failed state if elected president in 2023.

He argued that when a country was no longer in control of the economy and security, such a country is nothing but a failed state.

The ex-Anambra State governor added that he would positively change the narrative, noting that Nigeria was not bereft of ideas but lacked institutional and the political will to effect genuine change that would better the lives of Nigerians.

Obi declared that he was committed to unlocking the greatness of the country and lifting her from a consuming country to a producing one while reiterating that insecurity would be a thing of the past under his administration.

This, he said, would be done through the creation of employment opportunities for youths who were being used to perpetrate social vices across the country.

According to the LP flag bearer, once jobs are created and the youths are gainfully engaged and made productive, insecurity would have been reduced to the barest minimum and will no longer be a lucrative business.

He equally assured Nigerians that the security agencies would be adequately equipped to handle all forms of insecurity in the country.

“We will bring Nigeria back to life. All banks will be shareholders in the Bank of Agriculture where our farmers can directly assess loans.”

The former governor also promised to eradicate poverty in the country, saying, “When you pull people out of poverty, the rate of crime in the country will reduce.”

He argued that his candidacy was for a new Nigeria ‘’where Nigerians would be proud of their fatherland.’’

On how he planned to curb corruption, the LP candidate said graft could only be fought to a standstill “when one (the President) is not stealing.

“Our past is gone. We are going to face the future. Fighting corruption is easy when one is not stealing. Our money is being stolen; subsidy is organized crime.

“I want to give Nigerians hope. I and my running mate will be in charge. They will not find us wanting.  We have physical strength. I will dialogue with every agitator because it will make us a better and united Nigeria.”

Kaduna State governor, El-Rufai in his remarks at the event said the 19 APC governors were determined to ensure that Tinubu succeeded Buhari on May 29, 2023.

He noted that the decision to ensure power returned to the South must have come to many Nigerians as an unpopular decision, with some people alluding that they had an ulterior motive for taking the decision.

But he disclosed that when the Northern APC governors met to take the position of supporting a Southern candidate, it was done out of an understanding of a collective sense of responsibility.

El-Rufai caused a stir when he revisited the ‘sin’ of the Labour Party candidate, whom he said got him arrested and detained for 48 hours as the then governor of Anambra State.

The governor threw the audience into a hilarious frenzy when he joked that he has all the security architecture at his disposal now that the LP candidate is in his domain.

According to him, Obi, who was then seeking a second term in office on the platform of the All Progressives Grand Alliance got him arrested and detained for 48 hours in 2013 when he visited Anambra to monitor the state’s governorship bye-election.

He said, “In 2013, I went to Anambra State as an official of the APC, to witness the bye-election for the governorship. Your next guest, Peter Obi, as governor got me arrested and detained for 48 hours in my hotel room.

“Now I’m the governor of Kaduna State and he’s coming to Kaduna. In addition to the police and the SSS, I have one Mechanized division of the Nigerian Army here if I need to arrest and detain anyone. But we are northerners, we are civilized. We don’t do things like that. I wish you all a safe journey back to your destinations.”

However, Obi had defended his position during a youth programme in Nnewi in 2018, saying El-Rufai was being overzealous by accusing him of bigotry given the circumstances that led to his arrest.

Meanwhile, the Northern Elders Forum has challenged the presidential candidate of the New Nigeria Peoples Party and former governor of Kano State, Rabiu Musa Kwankwaso to justify his allegation that Arewa Committee has endorsed a Northern candidate.

The NEF Director of Media and Publicity, Dr Hakeem Baba-Ahmed, stated this in an interview with The PUNCH.

While saying Kwankwaso had his problems, he said NEF sympathized with him because he made them worse by creating the impression that he cannot face the people of the North.

He said, “We challenge him to prove what he said. He cannot, because he knows no one can compromise this process. Five candidates participated. Are they all idiots to submit and participate in a compromised platform?

“Kwankwaso has his problems, and we sympathize with him. He made them worse by creating the impression that he cannot face people of the North.” 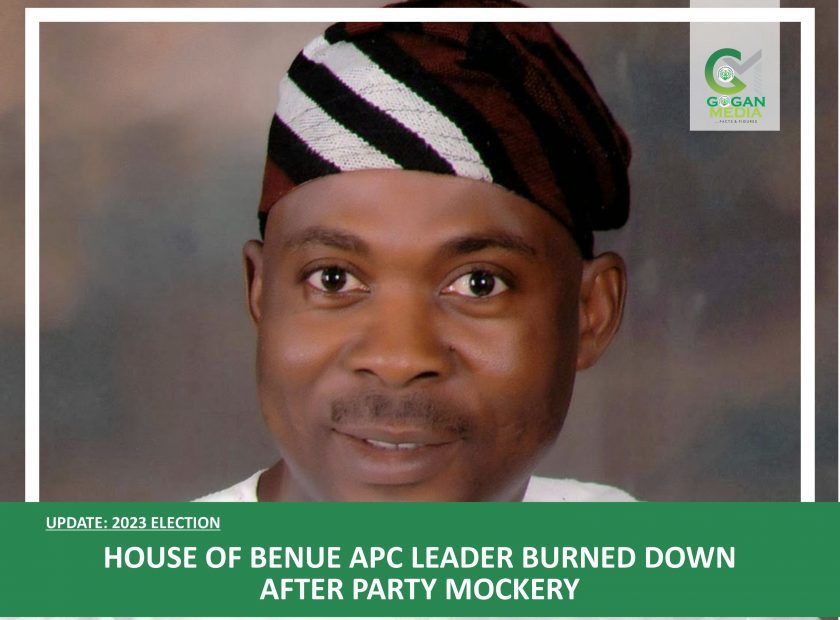 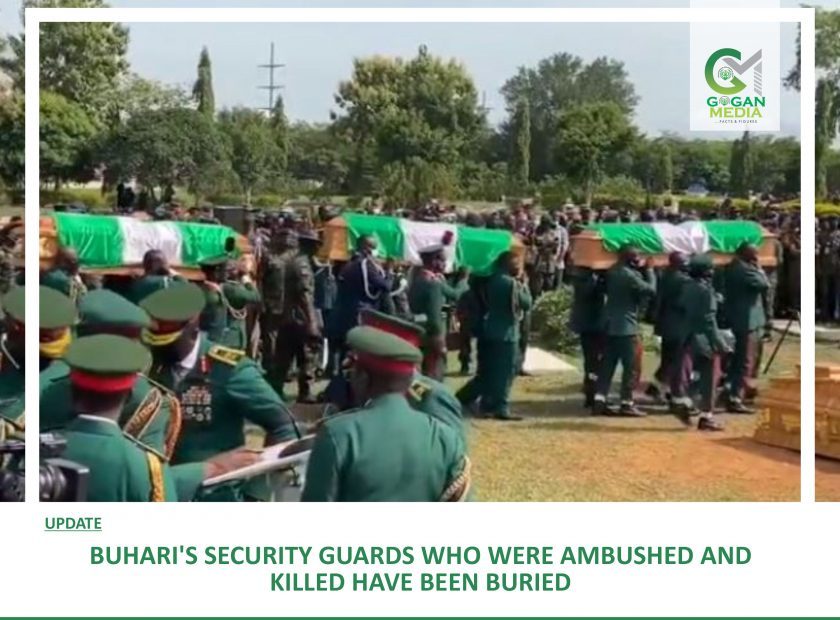