2023: PDP takes over the opposition’s campaign office as a result of a mass defection from the APC

In Zaria, Kaduna State, hundreds of members of the All Progressives Congress (APC), the current government, have switched parties in preparation for the general election of 2023.
According to POLITICS NIGERIA, a prominent political figure, Hon. Adamu Eto gave the PDP control of the APC’s campaign office.
PDP leaders in Zaria attended the occasion.
In related news, Senator Uba Sani, the APC’s candidate for governor of Kaduna State, has established the Campaign Monitoring and Consultative Committee.
According to the committee’s chairman, Muktar Mohammed Maude, people in Nigeria are now better informed and won’t support candidates who have a poor track record of accomplishment.
The 23 Local Government Areas (LGAs) of Kaduna state would be included in the inauguration, according to the committee’s leadership, which will take place in stages before the general election in 2019. 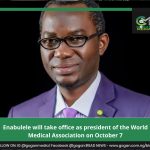