To all ministers, permanent secretaries, and other top government officials, President Muhammadu Buhari yesterday issued a strong warning not to get involved in electioneering activities before the general election set for the first quarter of 2023.

At the conclusion of the two-day 2022 Ministerial Performance Review Retreat held in the Conference Hall of the State House in Abuja, Buhari issued the order. He issued a warning to ministers, permanent secretaries, and the leaders of government agencies, stating that “Any infraction will be viewed seriously.”

The President’s Executive Order 012 on Improving Performance Management, Coordination, and Implementation of Presidential Priorities came before his order.

He instructed Boss Mustapha, Secretary to the Government of the Federation (SGF), to carry out the process of quarterly reviews and ministry assessments for the third and fourth quarters of 2022, stating that the reports would be included in the transitional materials of his administration to the succeeding administration.

To accomplish that, Buhari gave orders to all ministers and permanent secretaries to make sure that the Central Delivery Coordination Unit reviewed the performance reports of their ministries on a quarterly basis and submitted them to the SGF.

“The outcome of these reviews would be made available for my consideration,” the president said.

The president stated that despite the commencement of campaigns towards the 2023 general election, the business of governance must continue to receive the needed attention.

He said, “Consequently, all ministers, permanent secretaries, and heads of agencies must remain focused in the discharge of their duties, as any infraction will be viewed seriously.

“Our collective goal is to map out a transition plan for the incoming administration to ensure proper documentation of all the policies, programmes, and projects of government with up-to-date status of implementation.”

Buhari stated that the lessons learned in the last three years of implementing the administration’s policies, programmes and projects was the needed tool to propel every ministry to remain committed towards the achievement of development objectives.

He charged all ministers, permanent secretaries and heads of government agencies to step up, double their efforts, and work in synergy toward total delivery of the administration’s set targets.

On Executive Order 12, the president explained that it would institutionalise a culture of accountability and transparency in the pursuit of good governance.

Buhari declared that following discussion and recommendations, the Ministry of Agriculture and Rural Development had been directed to engage with relevant stakeholders to ensure the completion of all large-scale integrated rice processing mills before the end of this administration.

According to him, “This will help our country to maintain sufficiency in the local production of rice, as the ban on the importation of foreign rice will be sustained.”

On electricity, Buhari directed that all hands must be on deck to ensure timely realisation of the increase in electricity generation to 25,000 megawatts in six years. He stated that the plan on electricity generation, through partnership between the Federal Government of Nigeria and German Siemens AG, was on course, as the first batch of transformers for the project had arrived Nigeria already.

Considering the huge investment made in the rail sector, the president directed the Ministry of Transportation and relevant security agencies to ensure the provision of maximum security along the railway corridors.

He stated, “We must ensure the safety of our rail users and strive to achieve the intended economic goals. We must at the same time ensure realisable schedules and first-class maintenance.

“Following the milestones recorded in the road sector, coupled with the innovative ways of funding road infrastructure, the Ministry of Works and Housing has been directed to compile a list of all completed roads, bridges and other infrastructure for commissioning before the end of this administration.”

He further directed that the federal government’s investment in the reconstruction of 21 selected on-going federal roads, totaling 1,804.6 kilometres, under the Road Infrastructure Development and Refurbishment Investment Tax Credit Policy must be closely monitored and tracked to ensure the roads were completed on schedule.

“In line with the outcome of the Panel session on Priority 4 (Improve Transportation and Other Infrastructure), the Ministry of Aviation is hereby directed to conclude and ensure the take-off of the National Carrier Project before the end of the year,” Buhari said.

In order to expand the fiscal space and improve the country’s revenue generation efforts, Buhari directed the Ministry of Finance, Budget and National Planning to ensure effective implementation of the Strategic Revenue and Growth Initiative.

“In the same vein, we must also build synergy between the fiscal and monetary authorities in order to avoid unnecessary drawbacks in our economic planning and performance,” he said.

On implementation of the Basic Healthcare Provision Fund, Buhari directed that a monitoring and evaluation framework be put in place by the Ministry of Health in collaboration with relevant agencies and partners to track the disbursement and utilisation of the fund.

Speaking on humanitarian issues, the president stated that in the three years of existence of the Ministry of Humanitarian Affairs, Disaster Management and Social Development, the ministry had provided substantial support and assistance to vulnerable citizens through various programmes.

He directed the minister to facilitate and work with the Attorney General of the Federation, Abubakar Malami, in transmitting the Federal Executive Council’s approved National Social Investment Programme Establishment Bill (2022) to the National Assembly. He said this would ensure the sustainability of the programme intended to leave a lasting legacy for vulnerable Nigerians.

The president also directed the Ministry of industry, Trade and Investment to engage relevant stakeholders to secure privatisation of the six Special Economic Zones as approved by the Bureau of Public Enterprises.

To complement the current efforts in the oil and gas sector, the president announced that the Ministry of Petroleum Resources had been mandated to ensure completion of the reorganisation of the new agencies unbundled from the defunct Nigerian National Petroleum Corporation in line with their mandates.

Buhari used the forum to appeal to the National Assembly to fast-track the consideration and passage of key legislative bills as agreed during the panel session at the retreat.

“This will serve as our collective legacy towards entrenching key reforms that will serve as a springboard for the next administration,” he said.

Buhari described the two-day retreat as time well-spent, saying it has provided an opportunity for “reflection and lesson learning aimed at reviewing progress and agreeing on key actions that will ensure we finish well by the end of our administration come May 29th, 2023.

“We have used the opportunity provided by this retreat to carry out an objective assessment of our commitments in line with the contract we signed with the Nigerian people at the inception of this administration in 2019.

“I am glad to note that we have sustained this yearly stock-taking innovative initiatives introduced in 2019 by holding three consecutive Performance Review Retreats in 2020, 2021 and 2022, respectively.  This has helped us to clearly identify what we have done, what needs to be done and how best to get it done.

“From the assessment report and discussions at this retreat, it is evident that we have made appreciable progress through collective efforts in setting the nation on the path of sustainable development while improving the well-being of our people.

“Notwithstanding these achievements, there are still unfinished businesses that we must speedily complete to ensure we finish well. We must, therefore, endeavour to close every gap in our implementation efforts to ensure the attainment of set targets by 2023.”

He expressed gratitude to former Kenyan President Uhuru Kenyatta, who served as the retreat’s main speaker, for sharing his wealth of professional experience.

Buhari praised the SGF and his team for organizing four retreats effectively during the administration’s tenure and recognized the assistance of the technical partners and resource people for their significant contributions to the procedure. 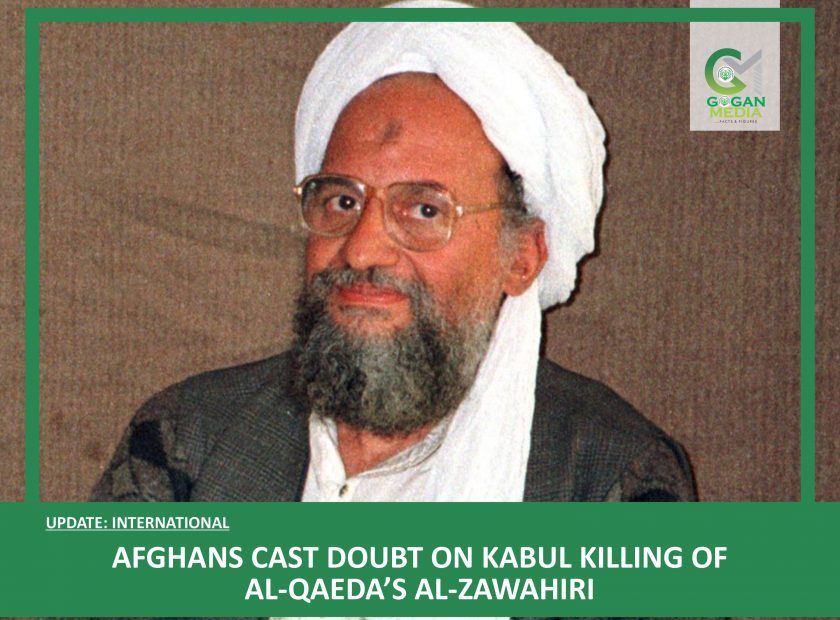