As the battle against insecurity continues, the Federal Government has earmarked N1.35tn to prosecute the ongoing anti-insurgency fight in the country.
This was contained in the N20.51tn 2023 budget proposal presented to the National Assembly by the President, Major General Muhammadu Buhari (retd.), on Friday.
Findings by The PUNCH on Sunday indicate that out of this N1.35tn, the Ministry of Defence and the Armed Forces have been allocated over N1.248tn to fight Boko Haram, bandits and other anti-insurgency wars in the 2023 Appropriation Bill.
Out of this amount, personnel expenditure will gulp over N1tn; overhead cost, N90.961bn; and capital expenditure, N156.294bn.
Of the 18 military and defence agencies allocated the total sum, the Nigerian Army, Nigerian Air Force and the Nigerian Navy will get N638.1b, N174.4bn and N158.7bn, respectively. The three forces got the largest chunk of the record military budget.
Out of the Nigerian Army’s N638.1bn budget, N581bn is for payment of salaries of personnel, N24.6bn was allocated for overhead and N32.3bn for capital.
The Nigerian Air Force on the other hand allocated N108. 3bn for personnel cost, N15.4bn for overhead and N50.6bn for capital projects.
For the Nigerian Navy, N113.7bn will go to personnel cost, N19.7bn to overhead and N25.3bn for capital.

The Defence Headquarters has a budget of N84.7bn, out of which N80.086bn is for personnel, N2.1bn for overhead and N2.4bn for capital.
Ministry of Defence headquarters was allocated N32. 7bn, including N15.052bn for personnel cost, N2.2bn for overhead cost and N15.4bn for capital.
Prominent among the capital projects of the Nigerian Army are arms and ammunition, including the purchase of three units of Magnus MF 212 surveillance attack aircraft at N2.7bn and three units of Bell UH 1D helicopter at N3,082,500,000.
The Nigerian Air Force, which is also acquiring arms and ammunition budgeted N2,099,016,682 for ‘balance payment for procurement of two AW109 Trekker helicopters; another N1,257,660,000 for ‘balance payment for periodic depot maintenance of three L-39ZA aircraft and another N27,302,804,065 for ‘additional payment for procurement of six T-129 attack helicopters.’
NAF also plans to overhaul six Larzac engines of its Alpha Jet aircraft fleet at the cost of N346,273,056.
The Nigerian Navy is to procure Ocea3X32 fast patrol boats, six special forces boats, six RHIBs, three fuel cleaning stations and four years of integrated logistics support for N9,163,226,200.
Meanwhile, the Ministry of Defence headquarters plans to spend N7m on a new project titled ‘Provision of Tablets (10nos) to Press Officers for 24 hours news monitoring, news gathering and information dissemination to media houses, FGN, Etc.’ Quarterly publication of the MOD newsletter will also gulp N20m.
While the ‘Safe School Intervention’ will cost N2.2b in 2023, the ministry plans to spend N9,501,070 on ‘Freedom of Information.’
While addressing the National Assembly during the budget presentation ceremony, Buhari stated that the government remained “firmly committed” to the security of life, property and investment across the country.
The President noted that defence and internal security continue to be accorded “top priority in 2023.” He added that current efforts to properly equip and motivate the nation’s valiant personnel in the Armed Forces, police and paramilitary units will be sustained.
He said, “I assure you, insecurity, especially banditry and kidnapping, will be significantly curtailed before the end of this administration. We will redouble our efforts to ensure we leave a legacy of a peaceful, prosperous and secure nation.” Meanwhile, the Economic and Financial Crimes Commission is to build an academy at the cost of N2bn.
Item ERGP15195485 under EFCC’s proposed budget is titled ‘Construction of New EFCC Academy.’
Similarly, the sum of N1,096,456,345 has been appropriated for the prosecution of Boko Haram and terrorism-related cases in 2023, an analysis of the 2023 appropriation budget by The PUNCH has revealed.
The figure is contained in the breakdown of the 2023 budget of the Ministry of Justice.
Described as a “new” project in the budget, the allocation is to be expended on fresh terrorism and other criminal cases filed in court by the ministry.

Five members of a family reported dead in Enugu apartmentOctober 9, 2022
Corruption has made me its victim by fighting back –MaguOctober 10, 2022 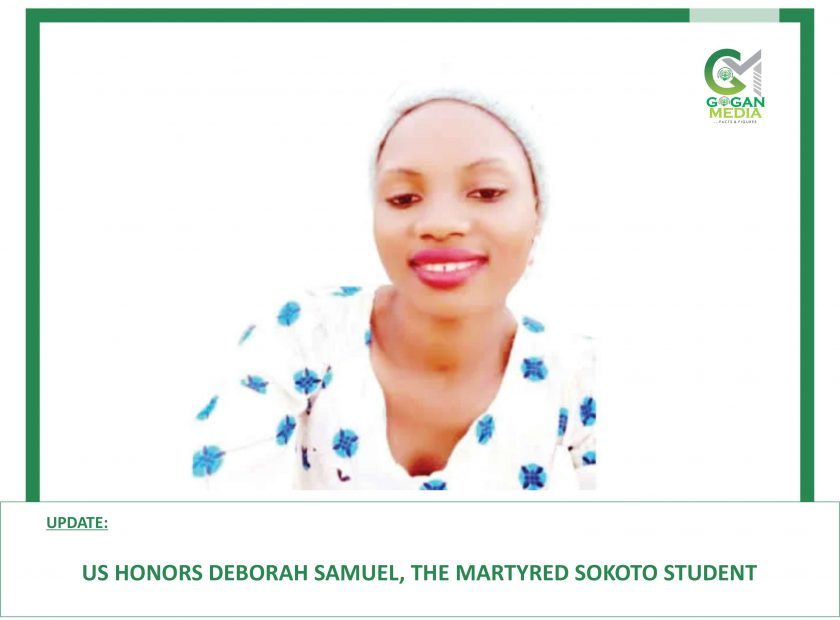