15 presidential contenders accuse the LCCI of partiality over parley exclusion

As the Lagos Chamber of Commerce and Industry (LCCI) organizes the 2022 edition of its private sector economic summit prior to the 2023 presidential elections, a wave of unhappiness is sweeping across political circles as about 15 presidential contenders feel negated describing the LCCI decision as being bias.
The LCCI summit for 2022 edition, began on September 13 at its corporate offices in Victoria Island, Lagos, with its purpose to always provide a platform for public office hopefuls to outline their plans for private sector development in Nigeria.
However, the LCCI’s choice to invite just three of the 18 candidates running to be Nigeria’s president in the next elections appears to be provoking resentment right now.
Only inviting Abubukar Atiku (PDP), Peter Obi (Labour Party), and Bola Tinubu (APC) to the event, where they would have the chance to use its platform to explain and sell their economic program to the business sector, seemed to have angered the other aspirants.
The LCCI director-general, Chinyere Almona, had stated in a statement released last Wednesday, “Atiku Abubakar, the PDP candidate, is scheduled for Tuesday, September 13, at 9.30 a.m; Peter Obi, the LP candidate, is slated for Wednesday, September, 14, at 9.30 a.m, and Bola Tinubu, the APC candidate, will come October 28, at 9.30 a.m.”
Obi has since rescheduled at a future date, while Tinubu claims he won’t be available until October 28. Atiku was at the LCCI on Tuesday.
Almona said in the statement that the LCCI was a non-partisan private sector actor who was, nevertheless, interested in the candidates’ economic platforms and ideas for improving Nigeria.
However, the lack of other presidential candidates beyond Atiku, Obi, and Tinubu has called into question the LCCI’s impartiality with regard to the event, which will be streamed on all of LCCI’s social media platforms and give attendees the chance to question the presidential candidates about their platforms.
The other 15 candidates, who represent the ACCORD, AA, ADP, APGA, APM, AAC, APP, ADC, BP, NNPP, NRM, PRP, SDP, YPP, and ZLP, have consequently expressed concern over the neglect, stating that it portends a grave danger for Nigeria’s political future as LCCI has proven that it is partisan, despite claims to the contrary.
The other parties’ spokespeople are upset that a forum of this stature, which had successfully hosted the series for the previous 16 years, through four political changes in the nation, could succumb to the temptation of choosing only three of the 18 candidates applied to become president of Nigeria to present papers at the event.
“We have always seen the Lagos Chamber of Commerce and Industry (LCCI) as an apolitical organisation that is only interested in furthering the overall economic aspirations of Nigeria through its policies,” a spokesperson for one of the parties said.
“We are aware of how they have used their platform to expose candidates vying for top elective positions in the country, and how it has helped in shaping public opinion on the eve of important elections in Nigeria.
“That is why we find it difficult to comprehend why the LCCI would, on this occasion, deviate from the standards they have set in times past and decide to be partisan this time around.
“Otherwise, why would they decide to narrow the list of invitees to present their economic blueprint for Nigeria in this particular edition of the forum?
“By this summary exclusion of the other aspirants, the LCCI not only demonstrated its disdain for an all-inclusive, vibrant economic discourse, they have unwittingly denied Nigerians the opportunity to see other candidates, and assess them ahead of the all-important 2023 elections,” the spokesman further said. 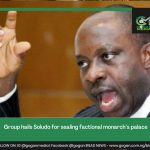 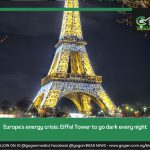