A hospital official reported that ten people were killed in airstrikes on Ethiopia’s Tigray area on Wednesday, which came after local authorities there indicated their preparedness for a ceasefire.
According to Kibrom Gebreselassie, a senior administrator at Ayder Referral Hospital, the largest in Tigray, twin drone attacks struck a residential neighborhood in the regional capital Mekele, killing 10 people and injuring others.
“Death toll raised to 10,” Kibrom told AFP via text message, after earlier reporting six killed and more than 10 injured in the two blasts around 7:30 am (0430 GMT).
Fasika Amdeslasie, a surgeon at the same hospital, said the first bombing injured two women, followed by a second “drone strike on the people gathered to help and see the victims.”
“Among the victims, a father was dead and his son is taken to surgery”, he said on Twitter.
A spokesman for the Tigray People’s Liberation Front (TPLF), which has been at odds with the Ethiopian government for almost two years, earlier claimed that civilians had been killed and injured in the attack but withheld any other information.
The statements could not be independently verified by AFP. There are severe restrictions on travel to northern Ethiopia, and Tigray has had a communications blackout for more than a year.
The drone strike on Mekele University on Tuesday, which the TPLF said resulted in injuries and property damage, was followed by the alleged attack.
Dimtsi Weyane, a TPLF-affiliated TV network broadcasting in Tigray, said its station was also hit on Tuesday, forcing it off air and “causing heavy human and material damage”.
The administration of Prime Minister Abiy Ahmed has not responded to inquiries from AFP regarding the reported bombs this week.
Since fighting between government forces and their allies and TPLF rebels in northern Ethiopia restarted in the latter part of August, Tigray has been targeted by a number of airstrikes.
A truce that had been in place since March was broken by the return to fighting, shattering hopes for a peaceful end to the war, which has killed countless civilians and caused a humanitarian crisis in northern Ethiopia.
Fighting has shifted from southern Tigray to other fronts further north and west, bringing in Eritrean troops who supported Ethiopian forces in the early stages of the conflict. Both sides have accused each other of opening fire first.
Tadesse Worede, the head of the TPLF military, claimed on Tuesday that “Eritrean forces are in Sheraro,” a town in northwest Tigray, where the rebels claimed to be fighting off a significant onslaught by Ethiopian and Eritrean forces that was begun earlier this month.
The TPLF announced on Sunday that it was prepared for a ceasefire and would accept an African Union (AU)-led peace process, removing a barrier to talks with Abiy’s administration.
The offer of negotiations by “the regional government of Tigray” has been welcomed by the East African bloc IGAD and the UN Secretary-General Antonio Guterres, who have all urged the warring parties to take advantage of the chance for peace.
With the new US envoy to the Horn of Africa, Mike Hammer, extending his stay to Ethiopia this month, frantic diplomatic attempts are being made to find a peaceful settlement to the crisis.
The Tigrayan government’s offer has not yet been publicly responded to by Addis Abeba, which controlled national politics for nearly three decades before Abiy’s election in 2018.
The TPLF’s claim to rule Tigray has been deemed invalid by the government of Abiy, which has designated the organization as a terrorist organization.
The UN reported in March that at least 304 civilians had died in airstrikes “apparently carried out by the Ethiopian Air Force” in the three months prior.
The UN human rights office has evidence of drone and aerial attacks on a market, a hotel, and refugee camps.
It has issued a warning that excessive assaults on non-military targets could constitute war crimes.
The TPLF has been charged by the government with conducting airstrikes that kill civilians in order to incite anger, despite claims to the contrary.
In response to what he claimed were attacks on federal army camps, Abiy, a Nobel Peace laureate, dispatched troops into Tigray in November 2020 in an effort to overthrow the TPLF.
However, the TPLF made a stunning comeback in June 2021 and reclaimed the majority of Tigray.
The conflict subsequently spread into the neighboring regions of Afar and Amhara before coming to an end. 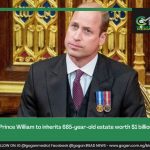 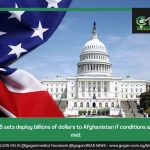